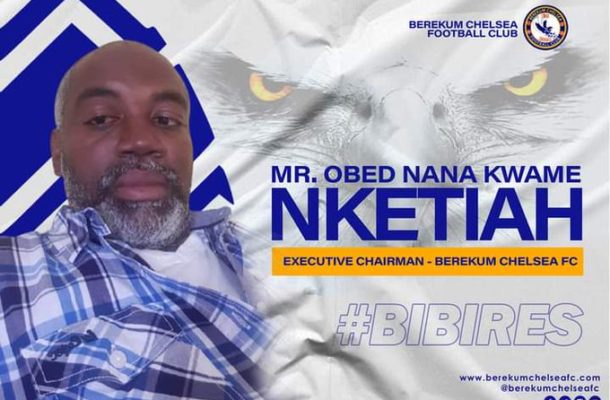 There is a massive shake up currently underway at Ghana Premier League side Berekum Chelsea with long serving club president Obed Nana Kwame Nketiah being reassigned as the Executive Chairman and also a director of the club.

The business magnate according to reports concluded the final details of the take over on Friday night after months of negotiations between the parties.

Berekum Chelsea won the Ghana Premier League under the watch of former President Mr Emmanuel Kyeremeh and reached the group stages of the CAF Champions Leagu but things have never been the same since Mr Kyeremeh left the club for Canada.

Nana Kwame Nketiah has since then been the sole financier of the club but has been given a helping hand with the arrival of the businessman/politician.