Obuasi Mine reopening: Our wives and girlfriends want a come back - Jilted ex-mine workers 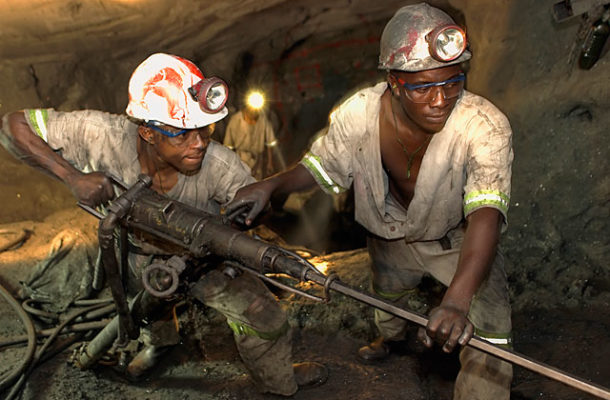 Mine workers of Anglogold Ashanti in Obuasi whose wives and girlfriends jilted them when they lost their jobs following the closure of the Obuasi Mine says they have started receiving phone calls and messages from the women who left, indicating their intentions to stage a comeback, following the reopening of the Mine.

According to the men, since news of the reopening of the Mine broke late last year, the same ladies who jilted them have continuously pestered them with comeback calls and messages.

‘’At first when things were moving on alright and the money was flowing, we enjoyed together. But when I lost my job as a result of the closure of the Mine, she left me for another guy. Now she has started calling me and trying to be nice, but I won’t give her that chance again because I have moved on’’ one of them said.

Another one said ‘’I was also a one of the workers in the Mine and when I lost my job, my wife with whom I have two children left me for another man. When I was working and the money was coming in, she was even the one keeping the money for me. And when things went bad and she was living, I begged her but she refused. All of a sudden she has started calling me and wanting to come back. I have told her in plain language that it is big no’’.

On Tuesday, January 22, 2019, President Akufo-Addo reopened AngloGold Ashanti (AGA) Obuasi Mine with a major redevelopment after a four-year shut down.

An amount of $881 million was invested in the initial redevelopment project, with $1.6 billion projected for investment in the 22-year life span of the mine.

The project is expected to generate about 2,500 jobs.

President Nana Addo Dankwa Akufo-Addo, joined by the Asantehene, Otumfuo Osei Tutu II, cut the tape to reopen the mine, to rapturous applause from a gathering that included officials of the company, the chiefs and people of the Adansi area and well-wishers.

To the President, it was a promise come true, as he had made a pledge in the run-up to the 2016 general election to see to the revival of the one-time buoyant company whose operations, unfortunately, took a nose-dive, leading to its eventual closure in 2014.