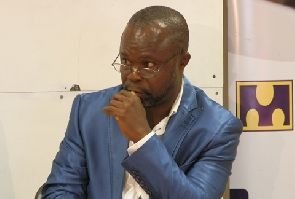 Former management member of Berekum Chelsea and the local representative of TP Mazembe, Nana Oduro Sarfo has backed the vice president of Ghana Football Association George Afriyie for the FA’s presidential seat in 2019.

According to Oduro Sarfo, they have done all the necessary groundwork and have come to conclusion that anybody who dares contest Afriyie will lose miserably.

“Anybody who will contest George Afriyie will lose miserably. We have tested the grounds and we have gone very far with what we are doing,” he told Class Sports.

“Though the announcement was made some few days ago but we have done a lot of homework, consultations and interactions and we know George Afriyie stands tall of becoming the next FA president.

He also stated that the incumbent Kwesi Nyantakyi will not contest in 2019 as promised despite pressure from other quarters to do so.