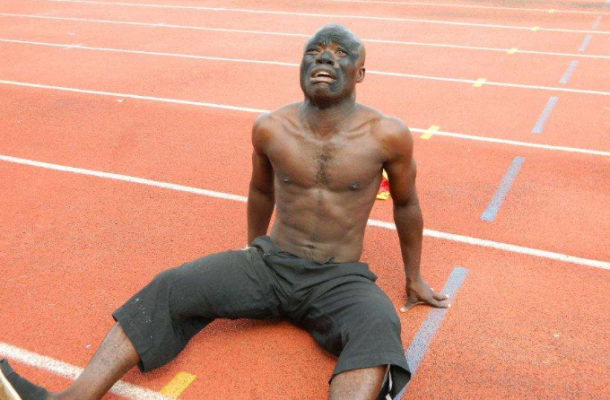 Comic football enthusiast and entertainer Joseph Tagoe aka 'Baby Joe' has officially pitched camp with Kumasi based Metro FM, a subsidiary of Ezra Communications Limited after snubbing overtures from other media houses.

Baby Joe as he is affectionately called is prominent for his sense of humour, dance moves and comic wailing.

The well known Baby Joe is well-travelled, having been a part of the Black Meteors team in Egypt that failed to qualify for the Tokyo 2020 Olympic games.

The in-demand Baby Joe concluded a deal in camera on Monday, December 9, 2019, after meeting with the Director of Programs of Metro FM, Mr. Eric Nana Prekoh.

It is a massive coup for the Adum based media outlet as there were several other top stations who were interested in acquiring the services of Baby Joe.

Radio loving fans in Kumasi for years have always been in awe of his antics during commentary sessions and intermittent commentaries laced with sarcasm and humour.

He has in the past paired Daniel Essuman during the high flying days of Boss FM on their commentary programme which was well patronised in those days.

From now on, If you are in the Ashanti Region capital, Kumasi and its environs and wants to hear 'Ojoe Mensu' literally meaning Ojoe don't cry, then tune in to Metro 94.1 FM.