OFFICIAL: Kotoko opts for Accra Sports Stadium as home grounds for the remainder of the season 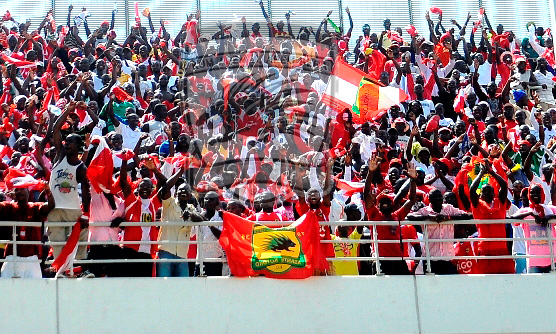 Kumasi Asante Kotoko have opted for the Accra Sports Stadium as their home venue for the remainder of the 2019/2020 season.

The National Sports Authority (NSA) has decided to close down the Baba Yara Sports Stadium for renovation works ahead of Ghana’s 63rd Independence Anniversary celebrations set to be held at the venue.

Asante Kotoko and all other clubs who use the facility were told to find alternative venues for their matches.

There was even talk about upgrading the Adako Jachie training pitch to be used for home games.

But it appears all these considerations were not viable as the club have now chosen the Accra Sports Stadium as their home venue for the remainder of the 2019/2020 League season.

But the MTN FA Cup round of 16 clash against Asokwa Deportivo will be played at the Obuasi Len Clay Stadium.