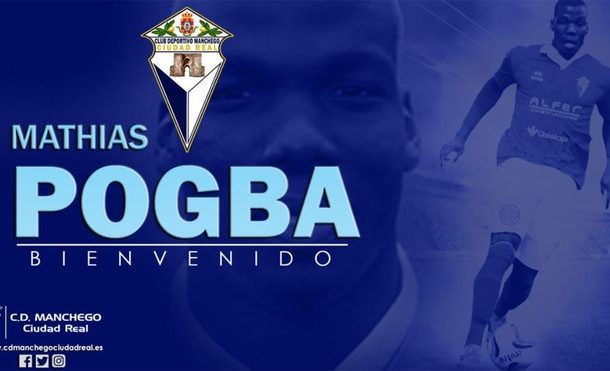 Mathias Pogba, the older brother of Paul Pogba, signed for CD Manchego de Ciudad Real on Snday. The team are in Group XVIII of the third division.

At 28, Mathias arrives in Spain from Tours FC in France, where he played only five games last season. Previously he was at Sparta Rotterdam,  Partick Thistle, Crawley Town FC and Pescara, among others.

The club say "He puts us on the map, he's a killer in the box, a striker with great physique."

Paul Pogba plays for Manchester United and may join Real Madrid this summer with Zinedine Zidane especially keen to bring him to the Santiago Bernabeu.