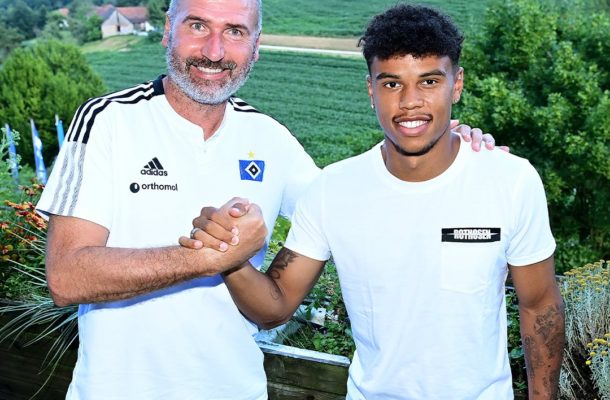 The player had agreed personal terms with Hamburg whiles his current club Dynamo Dresden were haggling over a fee but an agreement has been reached.

The 20-year-old striker signs a four-year contract with the Rothosen.

"We are very pleased that we were able to convince Ransford, another young player with development potential, of HSV and our path. He is a fast, technically very well-trained player who can be used flexibly in the offensive and was not nominated for the U21 national team recently for nothing," says board member Jonas Boldt about the transfer.

Königsdörffer has already arrived at the HSV training camp in Styria and will train with his new teammates there today.

"The people in charge have had a lot of confidence in me right from the start and I am very happy that the transfer is now fixed. Now it's time to get to know everything. I'm looking forward to the new challenge, the team and the way we want to play football. Here in the training camp, I want to be fully involved from day one," says the centre-forward.

Ransford-Yeboah Königsdörffer, as his full name is, was born in Berlin in 2001 and, after playing for his youth clubs SC Minerva and SC Charlottenburg up to the U19 level, spent a total of five years at Hertha BSC's junior training centre before moving to Dynamo Dresden's A Juniors in 2019.