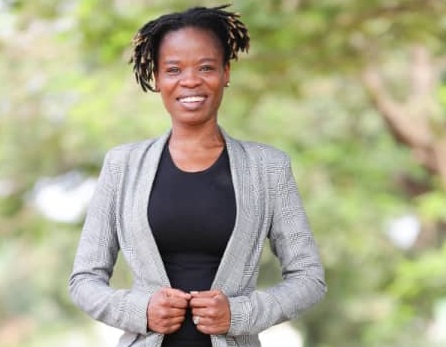 Media personality and midmorning show host of Angel FM Accra, Ohemaa Woyeje aka Adwoa Rasta, has revealed the secret about how she rose to fame in the media fraternity.

It is not exactly the norm to see women rubbing shoulders with men in the media space, however, Ohemaa Woyeje, like a few countable women, have been able to make it to that point.

Speaking on eTV Ghana’s Late Nite Celebrity Show, she told host, Foster Romanus that the spirit of not giving up is what has gotten her that far.

“There were a lot of challenges that could’ve gotten me to quit. Plenty of people blocked me and abused me in any way they could so that I wouldn’t be able to do it. When they see that abusing you is not working, then they begin to abuse your personality. They say things about you that if you’re very weak, you hear them and it affects the morale that you carry on your programme but even that, I crossed it”, she said.

Ohemaa also added that she has a very close family that advises her all the time, therefore, she is able to control herself even when she is expected to react.

“I have been attacked severally and it’s been all over the media but I handled myself very well and I know a lot of people came to like me because of that”, she further added.