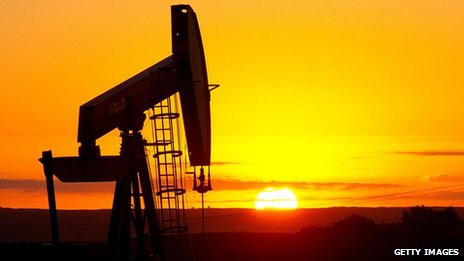 Data from the central bank has revealed that the country has raked in over US$3 billion in oil revenues, five years into commercial oil production.

A semi-annual report on the Petroleum Holding Fund and the Ghana Petroleum Funds published last Friday, indicated that out of total oil receipt of US$3.285.31 billion, the Annual Budget Funding Amount (ABFA) received a total of US$1.4 billion, representing 43 percent.

The ABFA, as established by the Petroleum Revenue Management Act (PRMA), 2011, is the portion of the oil money that is invested into the economy via the government’s annual budget in specified priority areas.

Over the years under the specification of the PRMA (Act 815), funds from the petroleum revenue have been expended on four priority areas; expenditure and amortisation of loans, roads and other infrastructure, agriculture modernisation and capacity building.

Although Act 815 allows up to 70 percent of petroleum benchmark revenue to be spent on the ABFA which is underpinned by infrastructure projects among other development initiatives, the latest publication by the central bank means that barely half of the petroleum revenue have been deliberately used for transforming the economy.

The Ghana National Petroleum Corporation, according to the report, has also received close to a billion dollars in the past five years since the country began commercial oil production.

Over the said period, GNPC has received a total amount of US$991.6 million, which translates to 30 percent of all revenue received from oil produced.

The Corporation has, however, insisted the funds it receives so far are not enough to enable it fully assume its commercial role and compete with peers.

It has thus been asking for more autonomy so it can raise debt on the strength of its balance sheet.

The Corporation last year made a botched attempt to secure a US$700 million facility which it had argued would be used to, among other things, support its increasing oil and gas infrastructure

investment and cash call requirements from its participating and commercial interests.

GNPC which holds about 13.64 percent stake in the Jubilee offshore oil field operated by Tullow believes that through an accelerated growth strategy, it could become a stand-alone operator in oil and gas exploration and production by 2019 and a "world class operator" by 2026.

The Bank of Ghana semi-annual report showed that the Ghana Stabilisation Fund (GSF), also a product of the PRMA (Act 815) to cushion the impact of a shortfall in oil prices, received a total of US$617.88 million, representing 19 percent of total oil revenue.

But the Friday publication indicated that following bouts of low oil prices and the consistent lowering of the cap on the Stabilisation Fund, the balance in the fund as at June 30, 2016, stood at US$191.3 million.

Apart from the impact of lower than expected oil prices on the Stabilisation Fund, it also led to a massive 50 percent drop in oil revenue for the first half of 2016 (US$87 million) from US$174 million within the same period in 2015.

The Ghana Heritage Fund, an endowment fund which could only be accessed 15 years after the commercial production of oil, has so far received US$255.72 million about 8 percent of the total oil revenue and the balance as at June 30, this year was US$268 million.