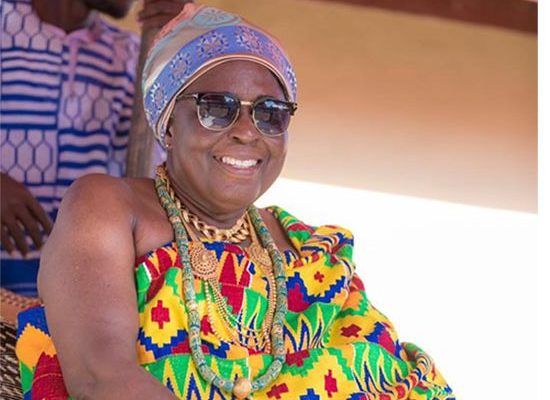 The queen mother of Akuapem Traditional Area, Nana Afua Nketiaa Obuo II, has written to the Okuapehene, Odehye Kwadwo Kesse, to remind him on the need to fully comply with the decision and orders of the Koforidua High Court presided over by Justice Doris Dabanka Bekoe dated March 17, 2021.

The counsel for Okuapemhemaa and the Akuapem Asonahene, Ansah Asare, said he had been instructed by his clients to “draw your attention to the ratio of the ruling i.e. initiating a process culminating in the purported installation of Odehye Kwadwo Kesse Antwi as Okuapehene in contumacious disobedience of the order of the Judicial Committee of the Regional House of Chiefs, Koforidua, that the process of nominating the next Okuapehene must be done de novo i.e. afresh.”

In a letter dubbed: ‘Conviction of Madam Lily Agyemang & Odehye Kwadwo Kesse Antwi for Contempt of Court’, the lawyer said his further “instructions are that each of you on 24th March, 2021, paid the fine of GH¢ 10,000.00 in impartial compliance with the decision and orders of the court, but that you are still occupying and using the seat of the Okuapehene, to wit, the Ahenfie.”

According to the letter, the conviction in essence meant that the “purported installation of Odehye Kwadwo Kesse has been nullified and he ceases to be a chief.”

The letter indicated that “as both of you are probably aware, only an Okuapehene properly so-called can occupy and use the Ahenfie (palace).”

“Under the circumstances, I am instructed to ask you to quit the Ahenfie on or before Friday, April 2, 2021,” the letter had intimated.

The letter concluded that “my final instructions are to give you notice and notice is hereby given that you, namely Lily Agyemang and Odehye Kwadwo Kesse Antwi are to vacate the Ahenfie by the deadline of 2nd April, 2021, failing which the necessary processes will be initiated to secure your imprisonment until you purge yourself of the contempt complained of.”

The Judicial Committee of the Eastern Regional House of Chiefs, on April 30, 2020 gave judgment in the matter wherein the committee nullified the nomination, election and enstoolment of Odehye Kwasi Akuffo as Okuapehene to succeed the late Oseadeeyo Addo Dankwa III on the grounds that the processes culminating in his installation were not carried out in accordance with customs.

The committee directed the 1st applicant, who is the queen mother of the Akuapem Traditional Area and also the key person with the customary constitutional responsibility to nominate a candidate to mount the Ofori Kuma stool as Okuapehene, to start anew the entire process of selection, nomination and election.