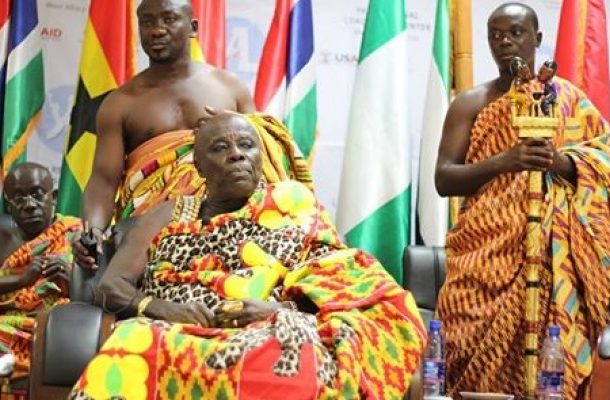 The Convoy of the Okyenhene Amoatia Ofori Panin has been involved in an accident at Osina in the Eastern region while returning from a historic sports engagement with the Asantehene Otumfuo Osei Tutu.

The Okyenhene is unhurt and is currently at the Ofori Panin Fie at Kyebi. The accident which involved one of the vehicles in the convoy occurred Sunday afternoon after another vehicle traveling the opposite direction run into the convoy.
The incident is being investigated by the Osina Police.

“It’s just one of the cars in the convoy, it’s nothing serious and nobody is hurt. The Okyenhene is safe in his palace right now,” PRO for the King Dan Ofori Atta told Starrfmonline.com Sunday.

The Okyenhene in a historic move met with his longtime perceived traditional rival the Asantehene for a golf tournament in Kumasi on Saturday.