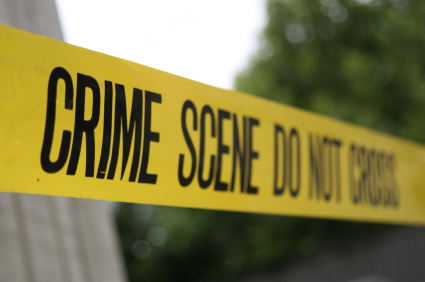 A policewoman has been stabbed to death at her residence at Damongo in the Savannah Region.

The officer (yet to be named) was found dead lying in a pool of blood with wounds believed to be knife stabs on Monday 2 August 2021, the statement issued and signed by the Director of Public Affairs of the Police Service, Supt Sheila Kessie Abayie-Buckman, said.

The body has since been deposited at the West Gonja District Hospital, pending investigation. The boyfriend of the deceased is a prime suspect, the statement said.

“Her boyfriend is highly suspected and the police are on a manhunt for him. The Police Administration has also started processes to inform the family of the deceased and assures that it will update the public on the matter,” the statement added.

Below is the official statement: 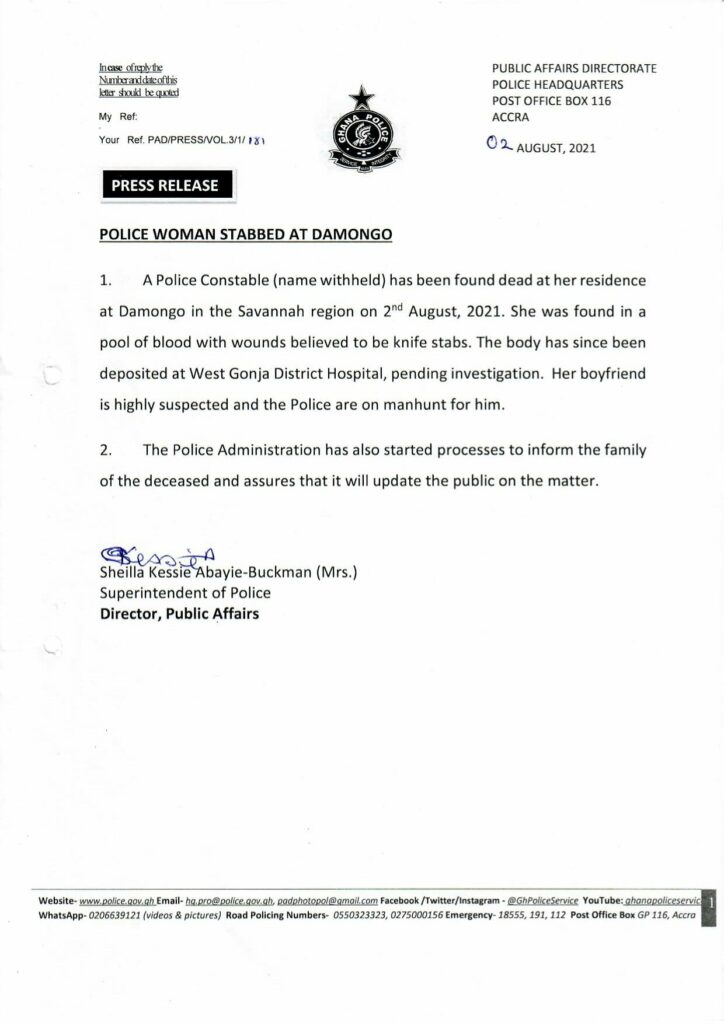