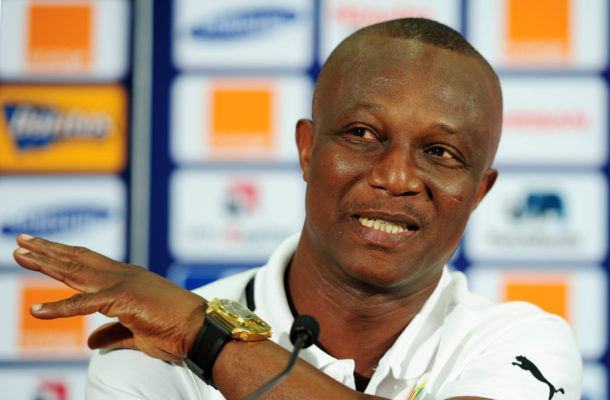 Coach of the Black Stars Kwasi Appiah has hinted that sooner or later he will kiss bye bye to his role as trainer of the senior national team.

Speaking after the team's first training session at the Accra Sports stadium which saw 13 players assemble for training he disclosed that sooner or later he may quit the job and suitable candidates with the relevant experience must be trained so that they can take over in the near future.

Coach Kwasi Appiah who is on his second stint as the Black Stars trainer explained that the appointment of C.K Akunnor is a decision to help broaden the net for potential candidates after his exit as he is not too enthused with just a handful of people just with national team coaching experience.

"I believe C.K is not a new person in the football arena, he has coached all the top clubs in the country."

"I don't believe in the idea that we have very few coaches handling the national teams, I believe other people too should be given the opportunity."

"Me one day I won't coach the national team again but we should all sit back and ask ourselves who will replace some of us if we should stop coaching or leave this team."

"Who have we prepared to step in when some of us leave the scene we should have other capable options who we can consider due to their experience with the national team."

"It should not just be about just a handful of people we can fall one when we need a coach." he emphasized.