Only 2 per cent women promoted to lead tech teams: Survey 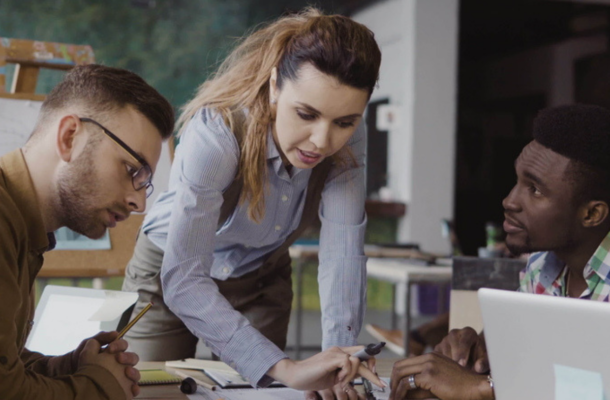 Despite an increase in the number of women excelling in the tech world, women still remain highly underrepresented with just 2 per cent being promoted to leadership roles, a survey revealed on Monday.

The survey titled 'Women in Technology 2018: Breaking Gender Barriers' conducted by HackerEarth, an innovation management and talent assessment company, explored the state of women technologists across the globe and the challenges faced by them in the workplace.
It shows that only one-third of all tech teams comprised of women, demonstrating a stark disparity in the number of women employed by tech organisations.
Despite 86 per cent of the study respondents having a formal degree in computer science, most experienced a stagger in their career growth, and only 2 per cent could make it to the top roles.
'While the number of women graduating in CS has been on a steady rise, when it comes to career growth, the numbers are staggeringly low,' Vivek Prakash, CTO and Co-Founder, HackerEarth, said in a statement.
"Implementing policies to support women in the workplace and providing them with training and resources will help reduce the high attrition rates we have observed amongst women technologists," Prakash added.
In a bid to seek work with emerging technologies, flexibility as well as better pay, more than 50 per cent women developers were found to move to a new job.

Importantly, 50 per cent of the women technologists believed that 'gendered wordings' in job adverts discouraged them from applying for technical positions.

Solutions such as blind recruitments, building family-oriented policies, and upskilling opportunities will help women excel in their careers and reduce gender disparity in every organisation, the survey suggested.

For the survey, HackerEarth surveyed over 1000 women from 35 countries holding technology positions in various organisations.