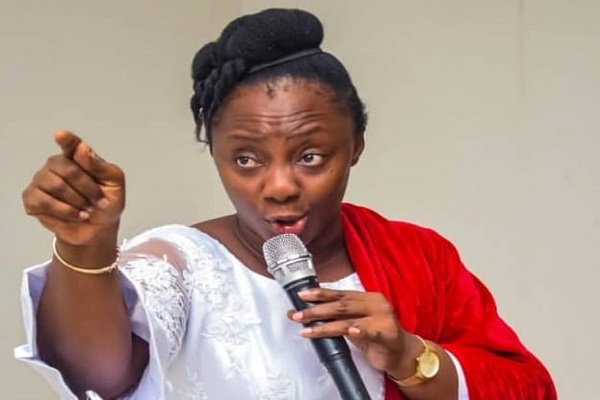 Ladies whose stock in trade in sleeping with ‘big men’ in return for vehicles like Range Rovers, houses and other material things are cheap, controversial marriage Counselor Charlotte Oduro has revealed.

According to her, these women are trading their dignity for material things and even go to the extent of under liposuction by enhancing their buttocks and breasts in order to be attracted to these men who get them laid.

Speaking on Kumasi-based Angel Fm monitored by MyNewsGh.com, she described such ladies as cheap and lazy who are refusing to work hard and be independent but think that it is the only antidote to their poverty.

“Majority of the ladies are lazy and they only think about doing things that will attract men so they can be taken care of. If you are a lady and you allow a man to sleep with you because you need Range Rover, house and others then you are cheap. Ladies who value themselves will never enhance their breasts and buttocks to attract men. If you are a lady and you have small breasts and buttocks value it and stop doing things that will make you attract men. Why do you have to enhance your buttocks and breast just to attract the big men in town? Those ladies are just lazy and cheap and they don’t want to stress themselves to get what they want in life?” she quizzed.

She also warned that ladies who have bleached their skins and those who have heaped their buttocks as well as their breasts will not last in their marriages.