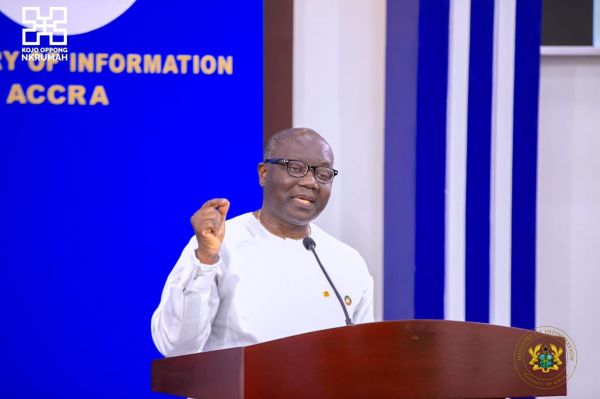 According to him, even if for nothing at all, economic conditions in the country were so bad – in reality and because of opposition propaganda – to the extent that changes in ministerial appointments was imperative.

In an interview on Kumasi-based Wontumi FM, the lawmaker said the calls for a reshuffle were from the masses including his constituents.

He said his constituents had asked specifically for the Finance Minister, Ken Ofori-Atta to leave his post over the state of the economy.

When asked which other ministers he would personally ask to be reshuffled, he opted against going public with that but stressed that, that of Ofori-Atta was an open secret.

“This president did not conduct a good reshuffle in his first term but it has reached a point where because of how the NDC fueled E-Levy, IMF U-turn, cedi depreciation and other factors, it has gotten to that point.

“It is not as if they are not aware of a call for reshuffle. I am sure that even the president himself knows and has heard about the calls for reshuffle. So, it has become topical and if the people are calling for it, I will do it.

“I won’t be surprised he will hold a reshuffle and bring new hands. As for that of the Finance Minister, I have heard it all over, only a hypocrite will say he hasn’t heard it, it is not even news in the first place.

He is, however of the view that the President must be left to decide on when he would conduct a reshuffle and “I will be open to speaking about my choices on who should go if the President invites me to share my views,” he added.