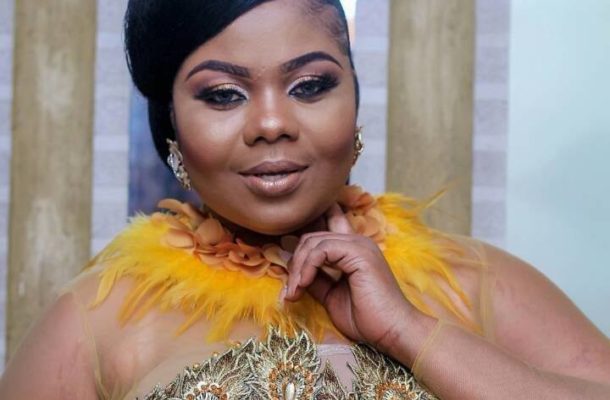 Multiple award-winning songstress, Empress Gifty has fumed at slay queens who share their naked photos on social media during an exclusive interview with Amansan Krakye on Kastle FM in Cape Coast.

Speaking about the issue of nudity on the Kastle Drive show, Empress Gifty slammed those slay queens and insisted that showing your nakedness on social media means you’re uncivilized to be doing such an abominable act.

She fumed “Showing your nakedness or nude photos on social media doesn’t mean that you’re civilized.

“Your nakedness that you’ve shown and sent it on social media will be there forever and the next generation will come and see your nudity,” she added on Kastle FM.

“Being civilized is classic and it’s by the grace of God so take something out of what I have said so that you’ll be a blessing,” she advised.

Empress Gifty has therefore taken the opportunity to advise and caution those who are fond of sharing their nudity on social media to desist otherwise they stand to regret from their irreparable damage caused.

“Today you’ll not see the effects but some time to come in the future you’ll definitely face the consequences,” she continued.

She concluded “In future you’ll wail bitterly and say that had I known so today there is a golden opportunity for you to have a change of mind.”