Open letter to Sam George and other gay haters 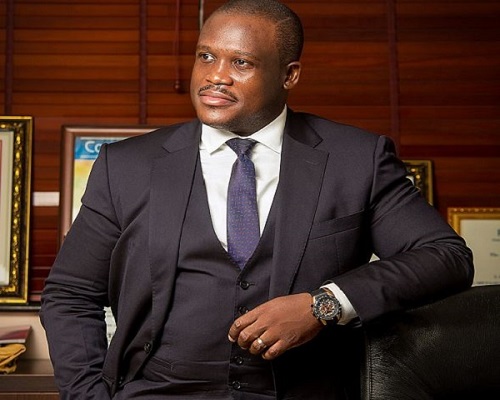 I carefully read the anti-LGBTQ bill proposed by Member of Parliament (MP) Sam George and it makes me wonder why there is so much hate against people of another/same-sex and their sexual behaviour?

This is a story about just one human being mister George, but there are many others so please read this well

I will give my personal stand on LGBTQ at the end of this story. I know most of the (obviously racist and xenophobic) answers this article will trigger already, so please don’t bother sending them.

This is my story about Henry

Henry was a quiet 19-year-old young man born in a Christian village and Christian family in the Netherlands. I met him on my first day at the Hotel School of Amsterdam. I didn’t pay any attention to him until I met him again on the train between Amsterdam and Leiden on which we would commute for the next year together with Marjolein, a girl from Leiden just like me.

After our first year, Henry moved into a student room in Amsterdam and I moved to Almere with my girlfriend into a new apartment. When we worked with other classmates as part-time waiters in the big hotels of Amsterdam at parties, receptions and dinners, I mostly slept on Henry’s couch because public transport to Almere wouldn’t run after 24.00h. We were part of a great group of classmates who would stay together for four years

During our 3rd year in hotel school, we had a practical year. I found a place at a five-star hotel in Paris. Several months later, Henry also found a place in another hotel in Paris and we spent another year together in Paris. As a good friend, he criticized me for cheating on my Dutch girlfriend in Holland with a girl from Guadalupe and he enjoyed the company of a French girl, Sandra who was madly in love with him.

After that year, we both moved back to Amsterdam and finished our last year at the hotel school. I started the Higher Economic University and Henry started working as head of reception in a 4-star hotel in Amsterdam.

I met Henry 4 or 5 years later and we had a drink together when he gave me some shocking news:

I knew and had worked many years with gay people mainly because many of them work in the hospitality sector. But my good friend Henry telling me that he was gay came as a surprise for me partly because I assumed that he had a relationship with Sandra, who also visited him several times in the Netherlands as well, partly because all girls were in love with this handsome tall guy but mostly because he never told me, nor did he ever try his “luck” on me.

I asked him; why do you think you are gay”? You are at the end of your twenties by now don’t you know if you liked sex with women more that with man? He answered me he never had sex before.

He was not happy to find out he was Gay and I know how much he struggled with himself coming out as a gay, especially towards his parents because of his Christian background, this was not something he chose.

Several months later, he invited me and my wife to visit him in his new apartment where he lived together with a boyfriend. Although he was always optimistic, I have never seen him as happy and relieved like that before.

We lost contact again until my wife opened a Ghanaian restaurant in Amsterdam and a review about the restaurant in a national newspaper drew Henry’s attention. Henry had dinner with his black American boyfriend in her restaurant and we chatted for hours with the four of us after the restaurant closed and we promised not to lose contact this time.

Several months later during my holidays in Ghana, I received a message that Henry died at the age of 34 and was buried already. That is now 26 years ago.

During a school reunion a few years ago in The Netherlands, our whole group of friends still missed Henry and we all wished he could have been around. Henry: A great friend and yes, a great gay friend.

Knowing Henry and other Gay people I ask myself?

Mr. Sam George what in God’s name do you have against gay people?

It looks like a politically motivated move or a move by someone who has been raped earlier on in your life by a man?

Because I can’t imagine any other reasons for such hateful proposals in your bill against gay people.

Have you ever thought about the fact that you could possibly have a child who is gay? Will you let your son or daughter spend 3 years in jail, or send him/her for the rest of his/her life in mental care or so-called “curing” by a religious person?

Have you ever considered in your bill that children being born as a hermaphrodite having male and female reproductive organs? Are you locking them up when the wrong sex was given by birth?

Did you know a Namibian teen has high male testosterone levels and can’t compete in a female contest?

As promised, I will give you my personal stand on this matter and trust me I am not that “modern” free as you think in this matter, I also believe in morals and rules, but I also believe that I, you or the law should never disturb anybody who doesn't disturb others in a harmful way:

I believe that anybody who rapes or tries to rape a person, same-sex or opposite-sex is punishable by law.

I also believe that what 2 adults who both have given their consent have a sexual activity within the closed space of their house, apartment or room is none of your nor my business. And shouldn’t be punishable by law.

I also get annoyed when I see and hear all these openly gay LGBT activities on our local and international TV stations. Trying to push through our throats how “normal it is. Many of these programs are just designed to stir up things and provoke others in their countries and communities. After all, if being gay or any other self-given sex determination is normal then why don’t you behave like all other normal people?

I often ask myself why the LGBT can Society cannot be happy with the freedom they enjoy in many countries around the world and give Ghana time and respect to develop their own opinion and way of life in this matter.

I think that children under the age of 18 should be protected against LGBTQ excesses shown on TV. But an openly Gay person talking about normal things in life on a talk show doesn’t fall under pushing LGBT.

I also think that children who find out or think they are gay should be well informed about the trouble and disadvantages they will obviously meet in their life in Ghana. But that doesn’t mean they are mental patients or need to be “saved” or “converted” by a church or any other religious institution.

I also believe there is no need to inform children, at least until the age of 16 of all these other forms of sexuality.

I see big difference between talking about LGBTQ, which is information giving and promoting LGBT.

I think informative discussions on the subject on TV, Radio etc. should be given after 23.00 h to protect children from these discussions but I see no reason to make information passing punishable by law, especially not with a 10-year jail term. After all, talking about murder on TV or a radio program doesn’t make you a murderer or promote murder.

Further on I blame the western world for pushing this LGBTQ agenda in Ghana and other African countries which triggered Mr. Sam George and others to push this outrageous bill.

I know one or two gays in Ghana who have always enjoyed a free life in Ghana. We used to have an (almost) openly Gay bar in Accra. Even cross dressers were fine in Ghana until the western countries started meddling in Ghana’s affairs.

Ghana is a majority Christian with a large minority of Muslim country and we live in a different society than you in Europe, USA etc. Accept that.

Ghana has its own standards and morals and they need to be respected just as you expect Ghanaians to respect yours.

I was taught about the meaning of Freedom by an old Liberal Scholar who told me your freedom ends where you infringe on the freedom of someone else.

Mr. Sam George and others where does a gay person infringe on your freedom, to trigger you proposing such a hateful bill?

Last but not least; I beg every Ghanaian to come to their senses and forget this bill because a Gay person is most of all a PERSON who deserves respect like any other person!

PS THIS IS MY PERSONAL OPINION AND NOT THE OPINION OF INSTITUTIONS AND COUNTRIES I REPRESENT. I know my opinion here won’t be appreciated by European or American LGBTQ people and organisations but I sincerely think this can be most positive outcome of the discussion in Ghana.