Opinion: Dumbest prank by an immature actress pulled at #MediFella2020 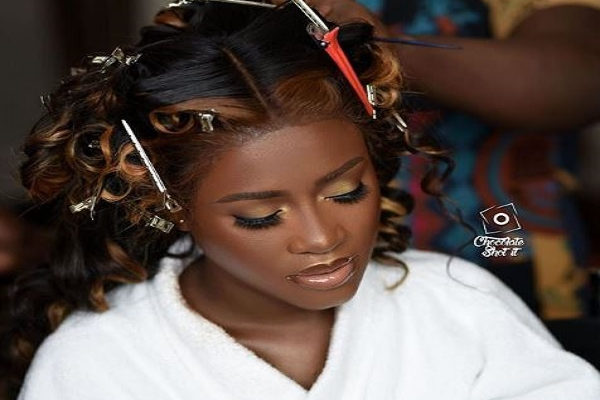 Fella Makafui collapsed but says it was staged; she pranked her husband to see how he would react

Although Medikal announced during a performance at University of Ghana that he was marrying Fella Makafui on March 7, 2020, some people cast doubts because the two showbiz personalities have a track record of planting stories.

Prior to their wedding, they were accused of acting a 'soured relationship' script which saw Shatta Wale, whose relationship with Michy sunk, play the role of a mediator.

On the day of the wedding, the doubts heightened, the hashtag #MediFella2020 could not be in the top 5 trends! An incident at the wedding sent shivers through the spines of many, aroused pity and stoked conversation on social media - Fella Makafui has collapsed!

"The effectual fervent prayer of a righteous man availeth much," the Bible says; and so many at this point would intercede on her behalf for divine intervention only for the bride to 'recover', grab the microphone and shamelessly announce it was a prank. Put differently, 'I fooled you all!'

"I'm an actress. I've been pranking him so I said 'okay, lemme see if he's gonna get scared today'," she joyously said without apologising to those who trembled with fear. She rather asked the gathered to party.

This is the highest form of insanity whether it was a prank or not.

Assuming without admitting it was a prank, the bride's quest to see how the groom would react should go to the extent of causing fear and panic among the guests, family members and the many Ghanaians who could not make it to the wedding? Such disrespect!

On such a day, an actress feels so comfortable to put to use her acting prowess because she thinks life is a joke. You wanted to see if the man who, after smooching you on stage on several occasions, decided to pay your bride price will be scared? You're not convinced he loves you that much so you had to test the depth of his love for you? Crying wolf when there is no wolf? Utterly repugnant!

An assessment of the video which captured Fella Makafui giving a limping explanation to her collapse shows she is unwell. One could see Medikal holding her tight in a manner which communicates he is not convinced the bride is fully fit to stand all by herself.

In as much as Fella Makafui owes nobody explanations to her health, rumours are rife she collapsed as a result of ill-health. In fact, there are speculations she is pregnant and was dazed having been stressed on the day of her wedding. And in her attempt to deflate the speculations, she had to concoct a prank story.