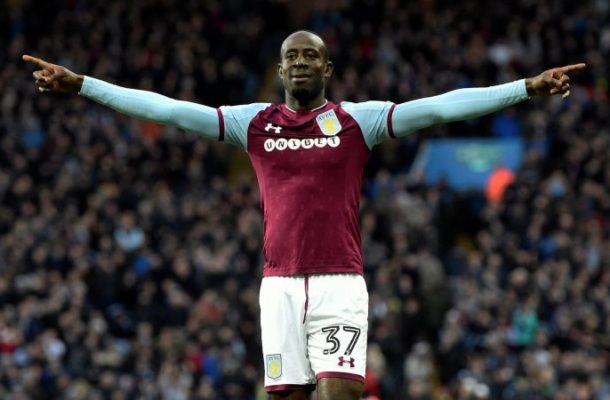 Newcastle United will consider moving for Aston Villa’s Albert Adomah if they fail to land Andros Townsend, according to The Sun.

The likelihood of Matt Ritchie being at the North-East outfit for the upcoming season looks bleak.

The winger is expected to join Stoke City, which means that a slot will open up in Rafael Benitez’s team.

Andros Townsend has been heavily linked to the club, despite leaving Newcastle to join Crystal Palace in 2016.

Adomah will be next on the list if a deal for Townsend cannot be reached.

The Villa winger has been at the Midlands outfit since 2016 when he signed from Middlesbrough.

Is this a good idea from Newcastle?

There is no doubt that Adomah was a crucial factor in Villa’s campaign last season.

The 30-year-old, who has earned 18 international caps for Ghana, scored an impressive 15 goals and created seven assists in 44 appearances in all competitions.

Unfortunately his 14 hits in the Championship were not enough to send Villa back to the Premier League.

Those statistics would certainly look good to a suitor, but is it unknown whether Adomah can repeat that form in the top flight.

That itself presents a risk to Benitez, who needs to look at proven Premier League talent to replace Ritchie.
By Danielle Joynson