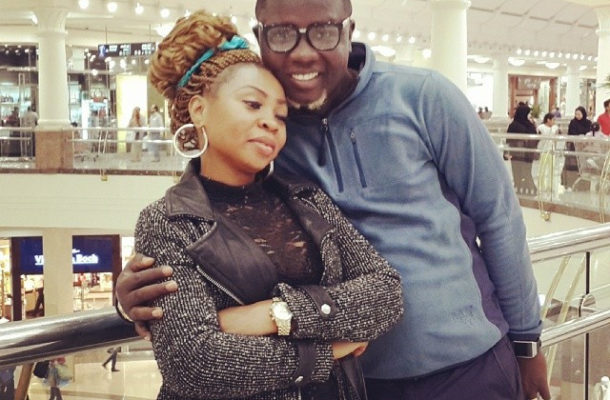 Last week, Nigerian comedian Seyi Law, made news after he announced on Instagram that he is separating from his wife, Stacey.

''Due to irreconcilable differences would have been enough to announce this, but the kind and beautiful heart of my ex-wife must be stated. She is one of the best women I have ever known. It is however sad, that I announce that my wife and I have decided to part ways for good. We will appreciate your love and support at this time. God bless you. Tiwaloluwa is safe and good.”


He later quashed the news stating that his marriage of 8 years is intact and that he only pulled a  prank on Nigerians in order to get buzz for his show.

He also apologised to his wife for the joke.

In an interview with Punch, Seyi said he received over 50 direct messages from women after the prank. He said the women were hitting on him.

''I was going to the UK to visit my wife and promote my show as well. While I was on the plane, I just had that weird idea. I was curious about what people’s reaction would be if they heard that Seyi Law was no longer married. I knew that if I was going to test it, I had to be sarcastic and witty about it. That was why I put some words in a way that people would not pay attention to (what I was doing). Apparently, they didn’t pay attention to the details. I tried to play with words in that post. Interestingly, the incident showed me that people love and appreciate my family; I also learnt that bad news travels faster (than good news).

“I thank God for a good and understanding wife. I didn’t take permission from her before playing that prank. When she saw it, she couldn’t reach me because I was still on the plane. People had been calling her repeatedly. Also, when I landed, my phone rang repeatedly. I called her to explain things to her immediately we saw each other. She said I should have carried her along because she didn’t know what to tell people when they called her. My wife is my number one critic; that is the beautiful thing about my marriage.

“I had over 80,000 hits on my Instagram page that day; my followers grew by over 3,000 within 24 hours. I had over 50 ladies hitting on me with direct messages; that’s to tell you how mad the world can be. I don’t want to talk about what the ladies were saying for now,” he said.