Over 60,000 people to be vaccinated against yellow fever in Berekum 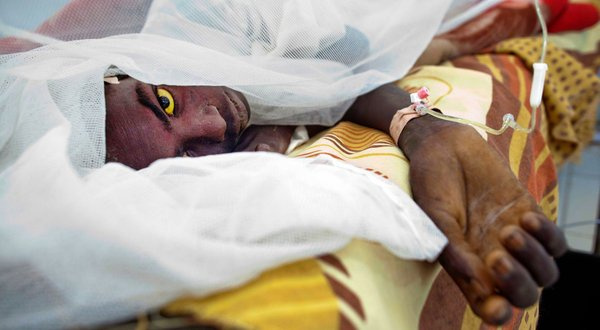 The Ghana Health Service in the Berekum East Municipality is set to undertake vaccination of residents from age ten to sixty years against yellow fever.

The one-week vaccination exercise is set to begin on Thursday, 12th November and end on Wednesday 18th November 2020.

This was disclosed by the Berekum East Municipal Disease control officer, Fred Azuh during a stakeholder meeting at the Municipal health directorate in Berekum.

Explaining the brain behind the vaccination exercise in the Municipality, Mr Azuh said the municipality lies within the forest zone and hence was at risk of the spread of yellow fever which is usually spread by mosquitoes and monkeys.

On the preparedness of the Municipality for the exercise, the disease control officer said enough health personnel were being trained to administer the injection to all eligible residents.

A cross-section of the stakeholders at the meeting

Highlighting the strategy for the exercise, Mr Azuh said two prompt strategies will be employed to achieve the target for the municipality.

According to him, mobile teams will be deployed to smaller communities in the municipality while the other communities will be covered by stationery teams.

On those exempted from the vaccination, he said pregnant women, children below the age of ten, adults above sixty years as well as people allergic to the egg will not be vaccinated.

The Municipal Health Directorate appealed to all stakeholders especially Assembly and Unit Committee members to work towards ensuring the success of the exercise.