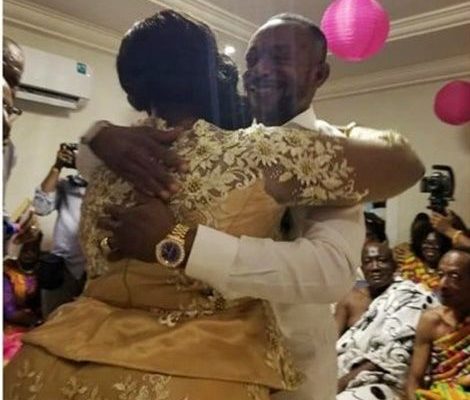 After three failed marriages, Rev Isaac Owusu Bempah married for the 4th time a few months ago to a naturally endowed woman.

His wife was in the news after a video of her sipping alcohol before appearing at her own marriage ceremony popped up on social media.

According to a UK-based blogger, Yaa Tiwah the marriage ended on Saturday, December 22.

Reason behind the marriage failure is not immediately  known.

She made this known through a Facebook post but it is not certain if the claims by Yaa Tiwah are true.

The marriage between Rev. Owusu Bempah and Abena Animah is only nine months old and there were some controversies regarding their union which the prophet refuted.