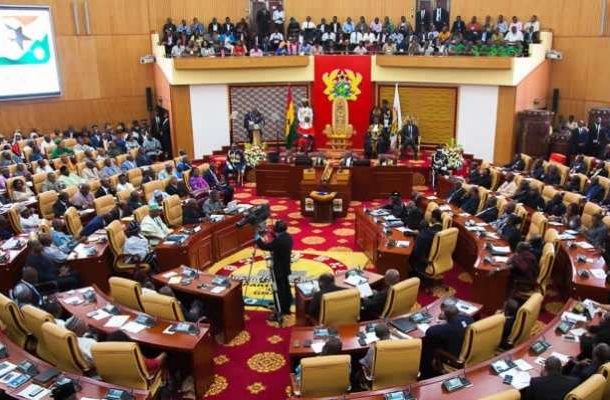 Parliament has suspended the plenary consideration of the new Public Education Bill, 2020, to allow the University Teachers Association of Ghana (UTAG) and other stakeholders in the academia to study and make inputs into the Bill.

The suspension will also allow UTAG and the stakeholders such as the Students Representative Council (SRC) to assess whether the previous inputs they made into the Bill had been incorporated or not.

They are to submit their concerns to the Education Committee of Parliament by Tuesday, December 22, 2020 after which the Bill will be considered at the Plenary prior to its passage.

“Consideration of the Bill at the plenary is on hold until we receive their inputs into the new Bill on Tuesday. So, the Bill will be passed only when we have considered the new inputs that they will bring,” he said.

The Bill seeks to harmonise the finances, administration and governance structure of public universities.

It is to provide for the establishment, governance arrangements and management of a public university in the country. It was re-laid on November 3, this year by the Minister of Education and was read the second time.

The original Bill was withdrawn after the Minority had kicked against certain provisions in it which stakeholders had claimed would undermine the autonomy and academic freedom of public universities in Ghana.

Mr Quaitoo stated that after the Bill was read for the first time in Parliament in November 20202, it was withdrawn for a new one, which captured the concerns of stakeholders, to be laid.

He indicated that the concerns of UTAG and other stakeholders in the academia had to do with the content or status of the new Bill.

To respond to such concern, he said the stakeholders were engaged in a meeting today and copies of the new Bill were given to them for them study and submit their response for consideration.

“When we receive their comments during our second consideration of the committee, all the comments that will of course be acceptable to all of us will be incorporated in the Bill.

“And we have all agreed to certain conditions that must be fulfilled before the Bill is passed,” he said.

He added that: And if they go to consider it and they see that the first issues that they brought up have been incorporated in this new Bill, we will all come to a common ground of course the Bill will be passed.

“We are working in faith with them and we do not want to pass any bill that those who will be affected by will have no comment on,” he said.

The Chairman gave the assurance that the current Bill had taken into consideration most of the inputs that the UTAG and other stakeholders made to the Education Committee the first time the Bill was laid in Parliament.

“So, this second Bill is entirely different from what we had first. For instance, if you take the composition of the council of university, first we had a 13-member council but now it is 15. We had eight nominations from the government but now it is reduced to five.

“There are quite of number of things that have been changed based on the inputs they gave us but they were not sure that these inputs had been incorporated into the new Bill,” he stated.