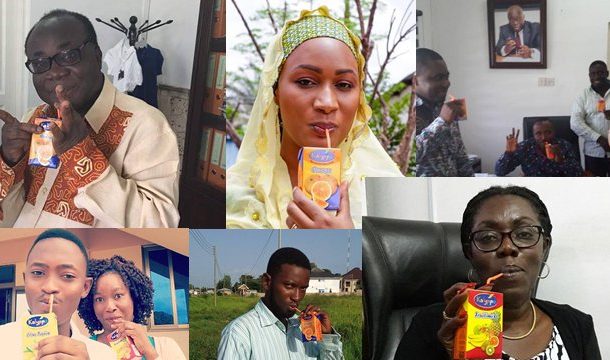 A sympathiser of the New Patriotic Party (NPP) has donated 20 cartons of the Kalyppo fruit drink to the party's campaign.

This was disclosed by Alan Kyeremanten during the party's manifesto launch at the International Trade Fair Center, Sunday.

A picture of party's presidential candidate Nana Addo Dankwa Akufo-Addo sipping on a fruit juice set off a social media craze that has shown no sign of abating.

Social media active youth and supporters of the party have been uploading pictures mimicking the act.

As a sign of how far the craze has traveled involves many other influential members of the society including the NPP National Chairman, Freddie Blay, not known to social media who has joined the frenzy.

Mr Kyremanten thanked the sympathiser for the gesture but failed to mention who the person is.