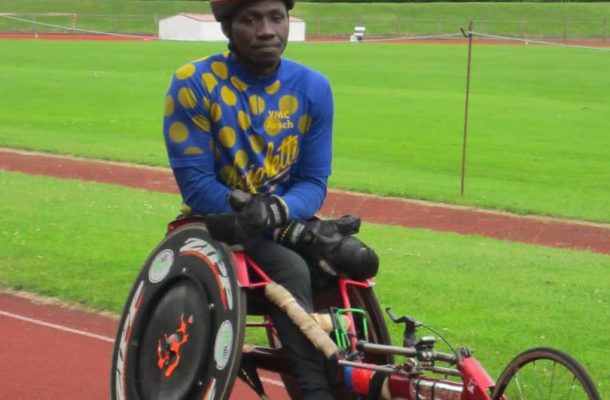 Paralympic athlete Patrick Yaw Obeng who was once an all African games silver medalist has revealed how the paralympic association of Ghana has been neglected by the sports ministry.

Mr Patrick speaking to Akakpo Agodji on Media 9 Network, bemoaned lack of support for the department.

"I collected 2 silver medals some time ago that was the same year Black Star also places at the African Cup of Nations .
Former President Mahama gave each player a Jeep and 60000 dollars.

"Not even the minister or his official came to meet us at the airport." he said in registering his displeasure.

He further pleaded that everyone should get involved to champion this course to glory and suggested if radio station should dedicate portion of their time to talk about paralympics, they will go far.

He however expressed discontent with how bad former ministers of sports handle him especially hon Nii lante Vanderpuye.

"i will switch off my television anytime I hear former Sports Minister Nii Lantei Vanderpuye speak
He did nothing during his regime as minister."

"He did nothing to help paralympics but when we are to present our issue to parliament for them to discuss,he would stand up for them to help us but during his time he did nothing."

"I listened to him when he was a commentator at GBC. I am not a young guy. I have known him before my accident leading to joining Paralympics" he said on media 9 network.