Philipa Baafi starts her own hospital after graduating from medical school 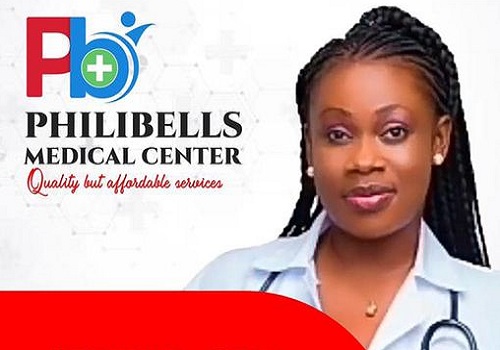 After years of holding on to her faith, renowned gospel musician Philipa Baafi has finally accomplished her childhood desire of becoming a medical doctor.

She has graduated from a medical school and subsequently established her own medical center in the capital Accra.

Philipa Baafi was off from the music scenes until she released her latest songs ‘Hallelujah’ in 2020 and ‘It's a Privilege’ which came in 2021. She is best known for songs like ‘I Go Dance’, ‘Nkwa’, ‘Go High’, ‘Mogya Na Akasa’, ‘Yesu Ne Me Last Stopv among others.

She was rumoured to have stopped releasing songs due to marriage and childbirth but speaking in an interview with Kingdom FM in March 2021, the singer refuted the claims revealing she was enrolled in school.

According to her, she had been enrolled in a medical school, and since she needed to be focused, her music career was halted in a way. Philipa indicated she would be graduating as a medical doctor in 2021.

Lo and behold, Philipa's dream has finally been achieved as the songstress has taken to her Facebook page inviting Ghanaians to the launch of her own hospital named Philibells Medical Center.

Her fans and loved ones have since been trooping to the page to congratulate her on her high achievement.

The facility will also deal in in obstetrics and gynecology, physiotherapy, dermatology and massage therapy.