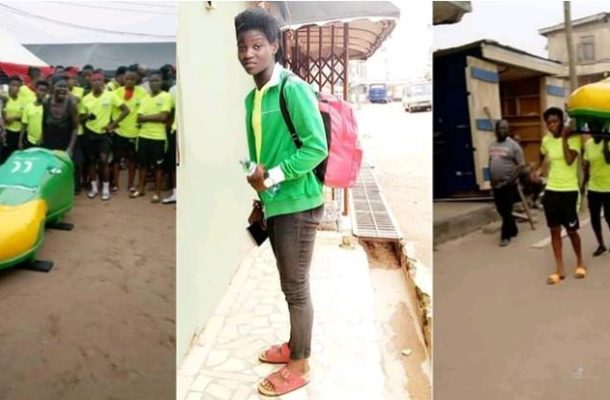 National Women's Premier League side Sea Lions Ladies FC announced the demise of their midfielder Berekisu Tejani who was 20 years on 3rd December 2019.

The midfileder who passed away last year died after a short illness.

Berekisu Tejani was a level 100 student at the University of Cape Coast.

The casket carrying her mortal remains was designed in the shape of a football boot because she was a footballer.

Former colleagues at Sea Lions FC after their game against Police Ladies Fc thronged the funeral grounds where they carried the boot shaped casket and danced through the streets of Elmina.

She was part of the Sea Lions  team that qualified to the National Women's league in 2016.