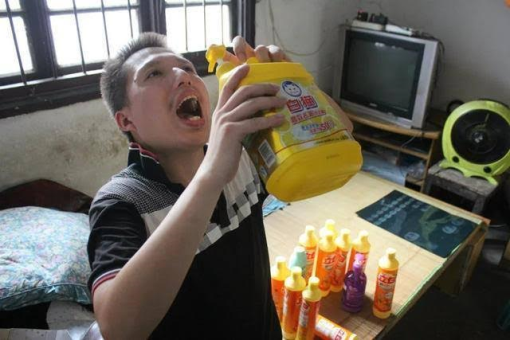 31 year old Chinese man, Zhang Yue has been stuck with a bizarre addiction, he can’t stop drinking liquid detergent. Originally from southwest China’s Chongqing city, Zhang said his addiction started in 2012. He said what initially began with a few sips later turned into an uncontrollable appetite for anything from dishwashing liquids to shampoos.

Zhang’s obsession with consuming detergents has gained him an unusual fame but that has come with a cost. His habit, he said, has turned away women, making his love life unstable.

Amazingly, medical checks on him has shown that he is healthy despite all the detergents he has consumed. Doctors say he could have a condition called pica, an eating disorder that is characterized by the desire to eat items with little or no nutritional value, including stones, sand, paint, and in this case, detergent.

However, the disorder is rarely seen in adult men, and mostly affects children and pregnant women. Although hormonal changes and deficiencies are commonly attributed to explain the cravings, there has been no conclusive evidence to prove this. 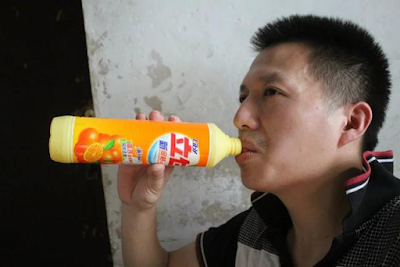 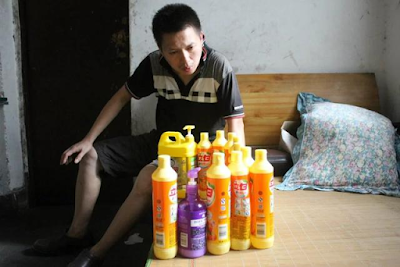 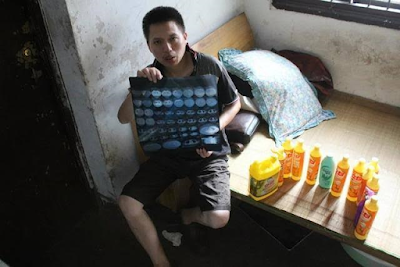 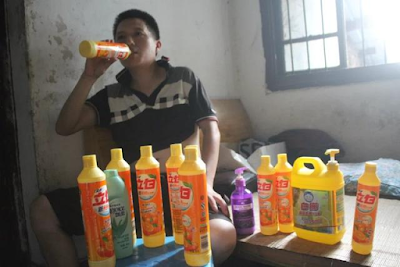