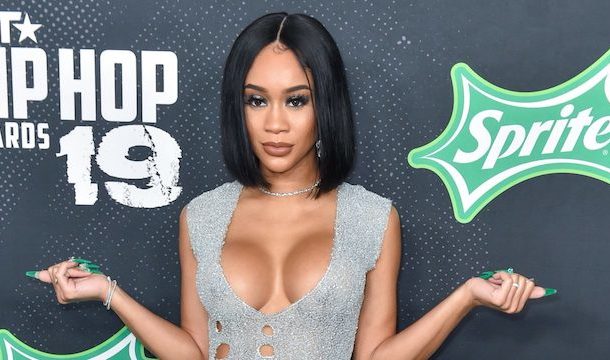 While some celebrities were next door at the Tyler Perry Studios grand opening, others headed to Cobb Energy Center to watch rap cyphers, performances by Meg Thee Stallion and Lil Kim, and awards host and comedian Duval.

You can always expect black Hollywood to show up in show-stopping looks and Saturday night was no different.

While the 2019 BET Hip Hop doesn’t air until October 8th, check out our favourite looks from the red carpet below.

Kristen Corley and Chance The Rapper