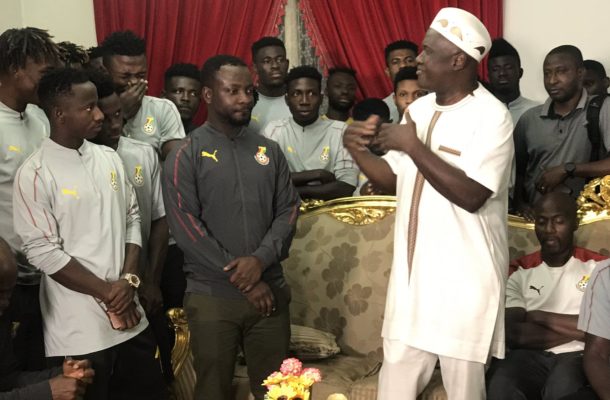 His Excellency Dr Winfred Nii Okai Hammond, The Ambassador of Ghana to Egypt on Sunday, invited the black Meteors team to his residence in Cairo for a special dinner ahead of their semi final tie with Ivory Coast in the ongoing CAF U23 Nations Cup. 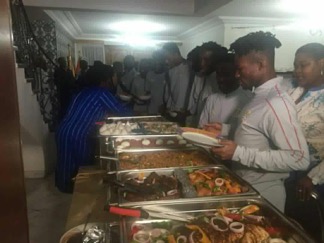 The team were served with a variety of great Ghanaian dishes.

After the dinner, Dr. Hammond assured the team of that Ghana's president His Excellency Nana Addo Dankwah Akuffo Addo is solidly behind them in their quest to send the nation to a first Olympics games since 2004. 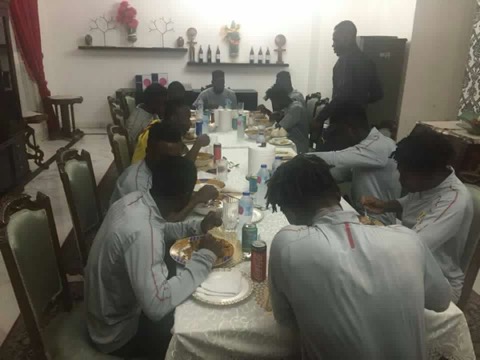 The ambassador also urged the team to do everything possible to bring back the love of the game by winning the match against Ivory Coast on Tuesday. 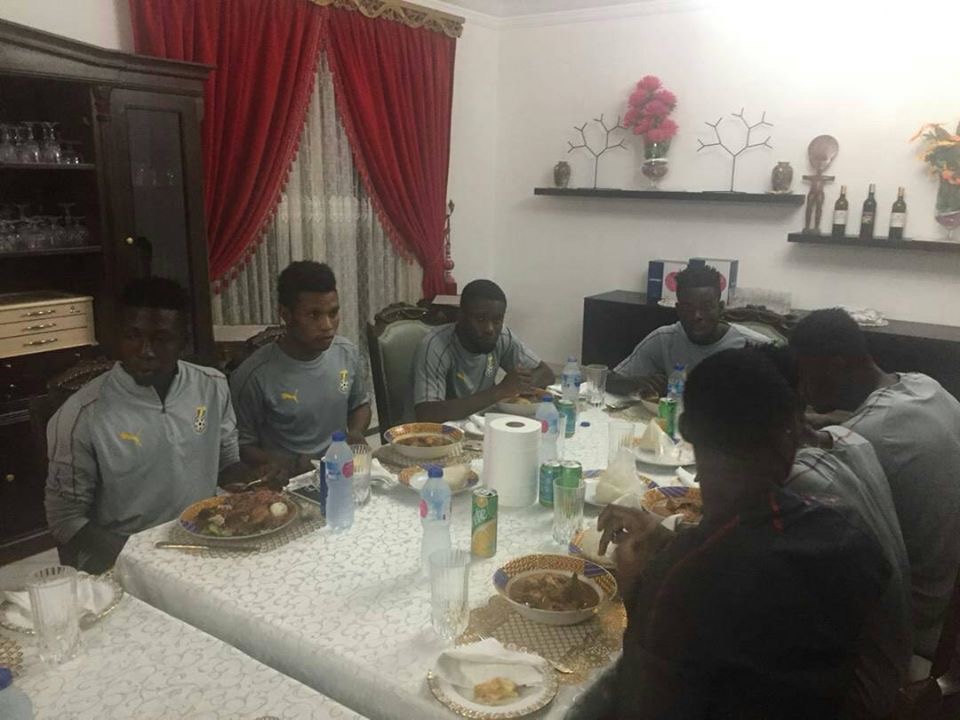 He later on gave the Black Meteors an undisclosed amount of money as a form of motivation to the players and technical team before wishing them well for the task ahead.

Ghana are just one win away from securing one of the three African slots at next year's Olympic games in Tokyo, Japan.