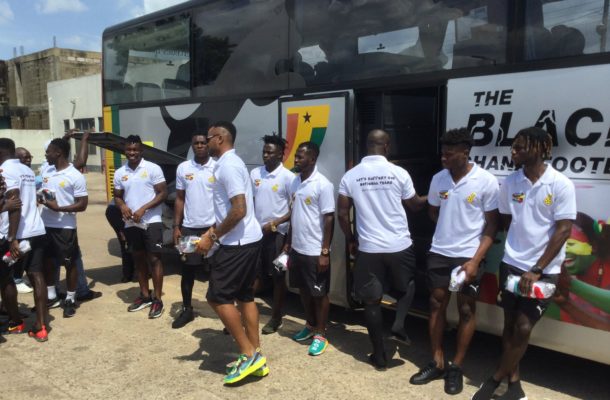 The senior national team the Black Stars have safely arrived in the Central Regional capital of Cape Coast where they will take on the Bafana Bafana of South Africa in an Afcon 2021 qualifier.

The Black Stars who have been drawn with Sudan, South Africa and Sao Tome and Principe will be looking to book a ticket for the next edition of the biennial tournament.

Ghana will on Thursday play host to South Africa at the Cape Coast stadium on Thursday 14th November 2019 at 19:00hrs GMT.

As part of the #BringBackTheLove campaign, the team made stop overs at Mankessim and Winneba where they were mobbed by a large number of enthusiastic supporters.

The team were met on arrival in Cape Coast by the Ghana Football Association president Kurt E.S Okraku. 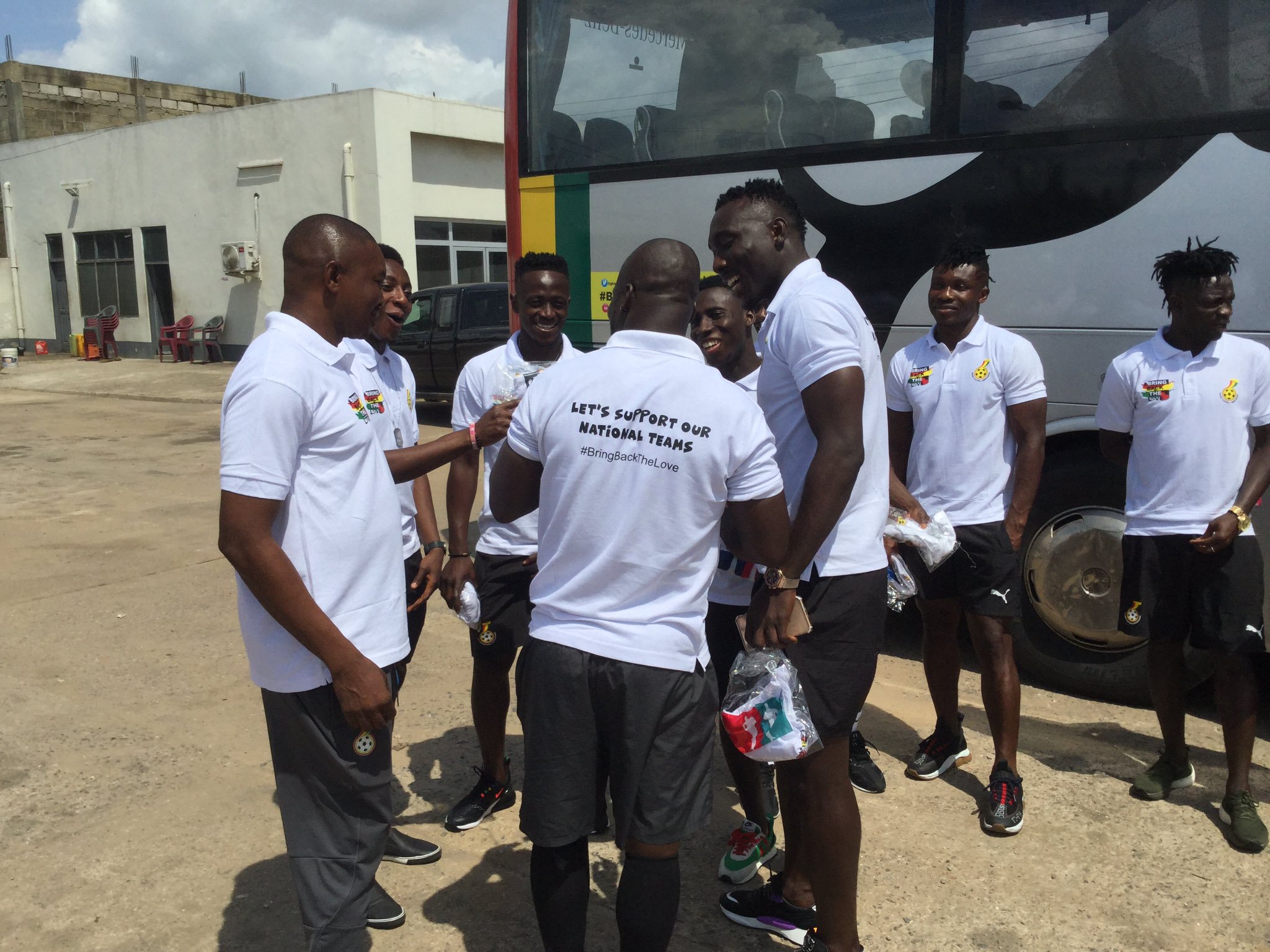 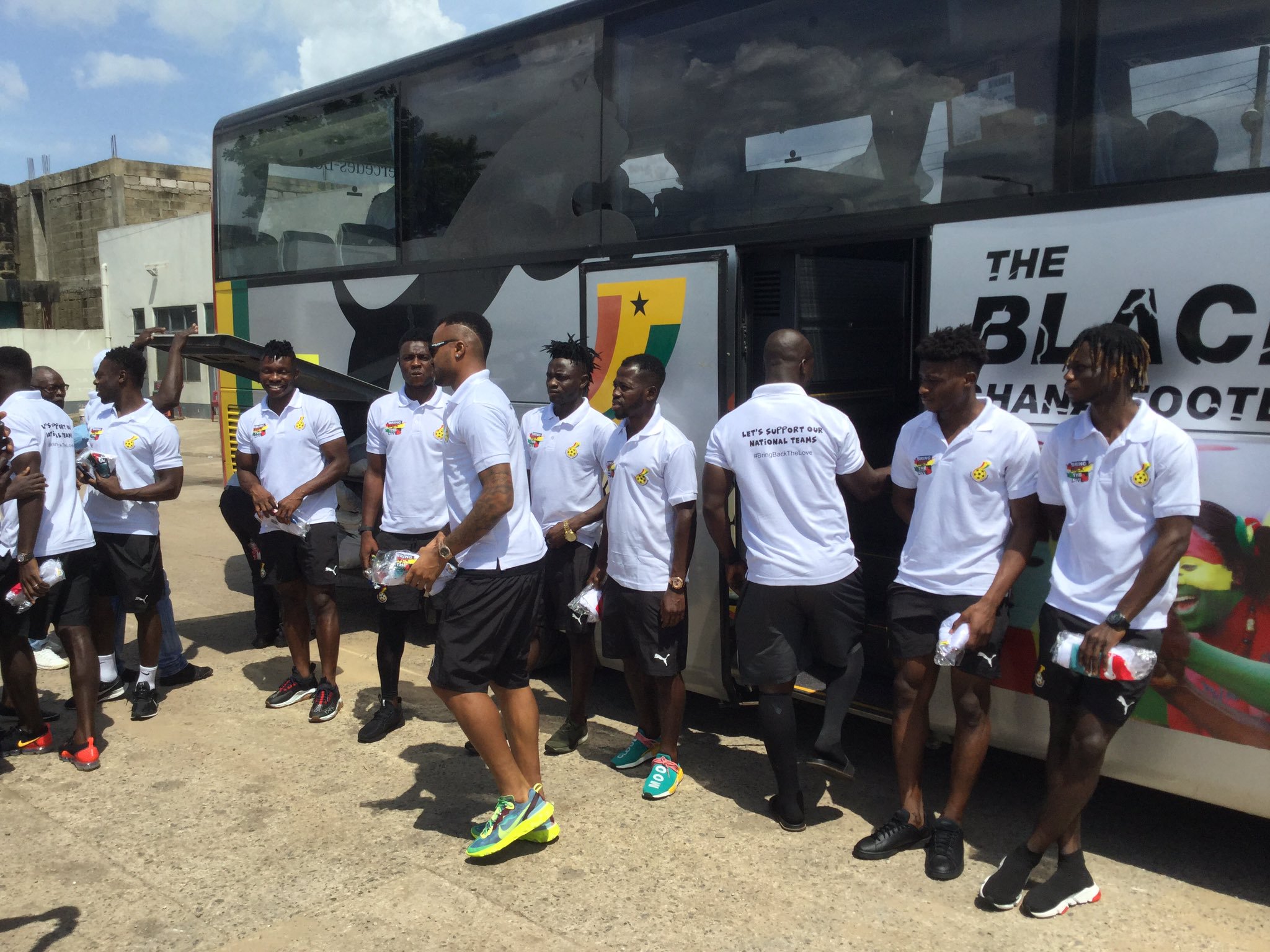 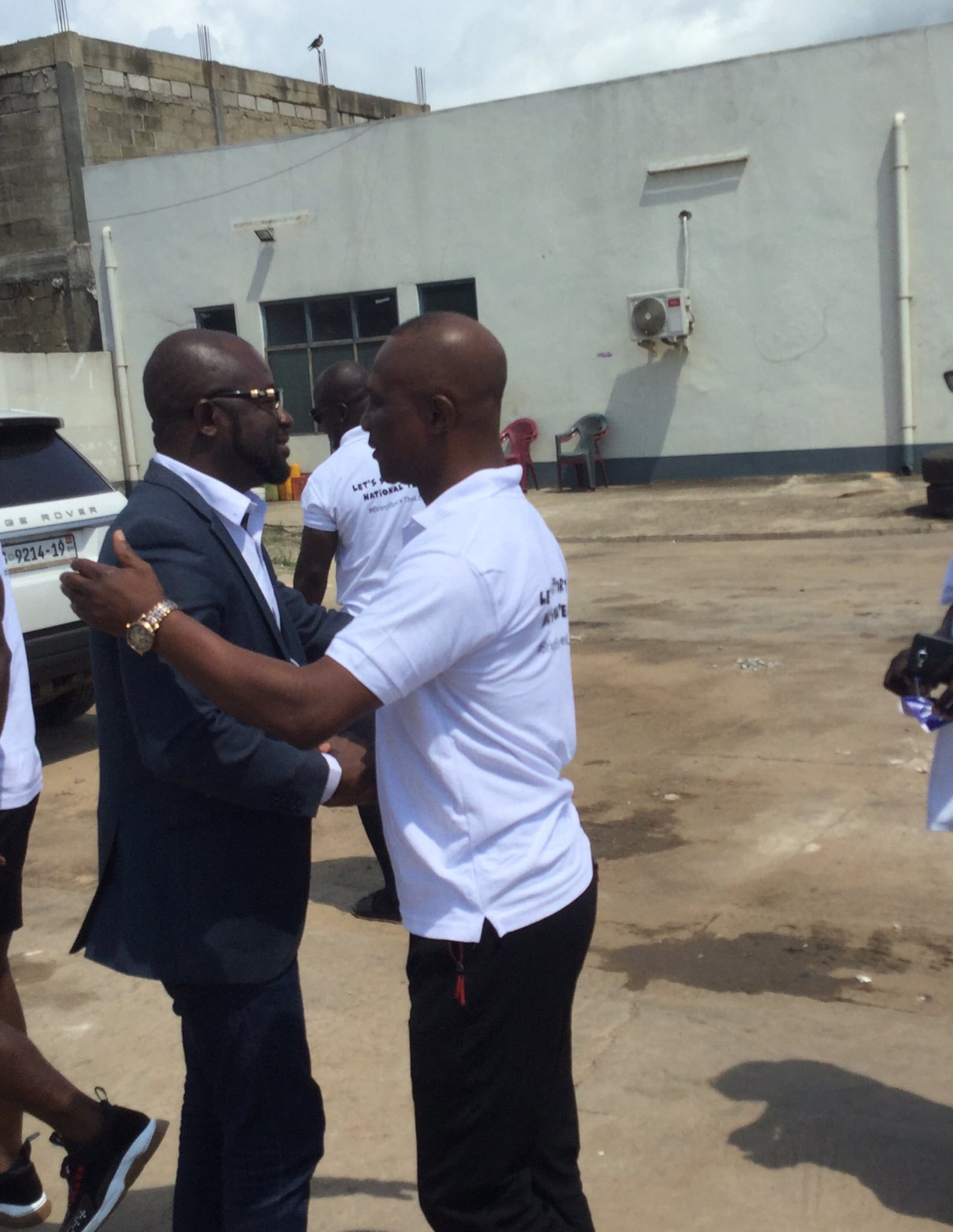