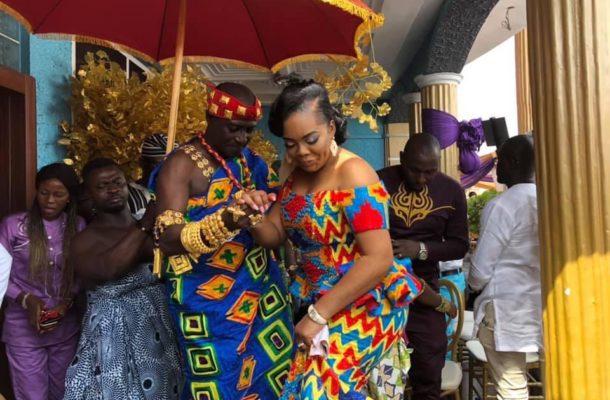 The traditional wedding of Adom FM’s Captain Godsbrain Blessed Smart and his new USA girlfriend, Cynthia Boamah has been held at Dansoman SNNIT Flats Down, around the Opoku Ware Hospital.

Captain Smart who is a chief is dressed in full chieftaincy regalia while the wife is seen in a sparkling Kente cloth to match with.

Prior to this marriage which has been christened the ‘Royal Wedding’ ,Captain Smart was married to one  Afia Pokuaa but was accused of snatching her from her husband of 18 years resulting in his premature death.

It was uncovered that the man in question had 3 children Afia Pokuaa who was also dumped by the broadcast journalist few months after the death of the man in the United States. 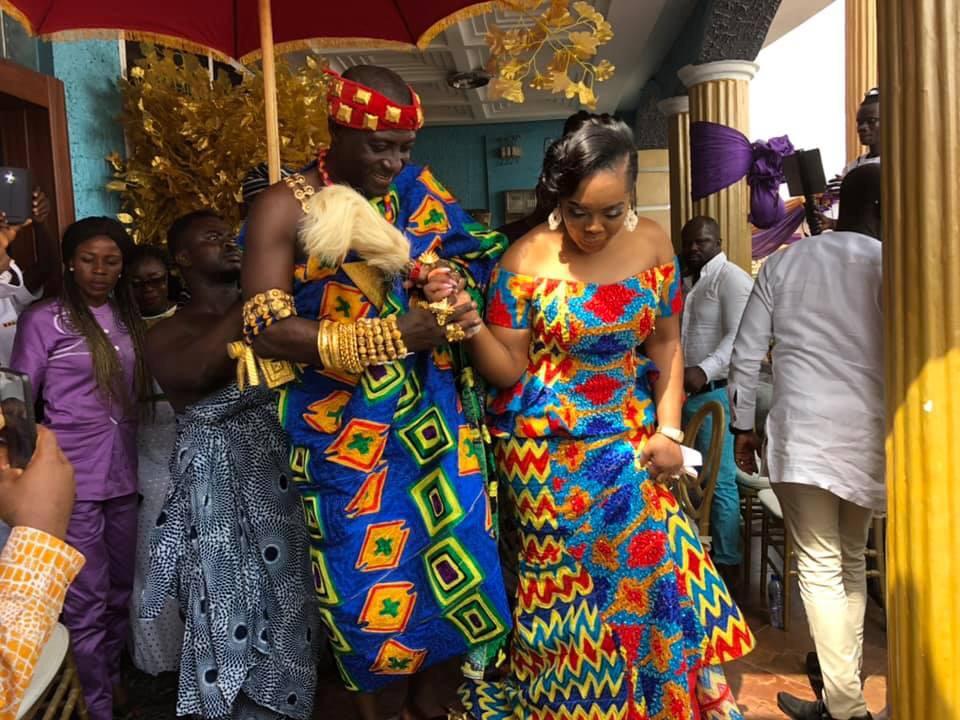 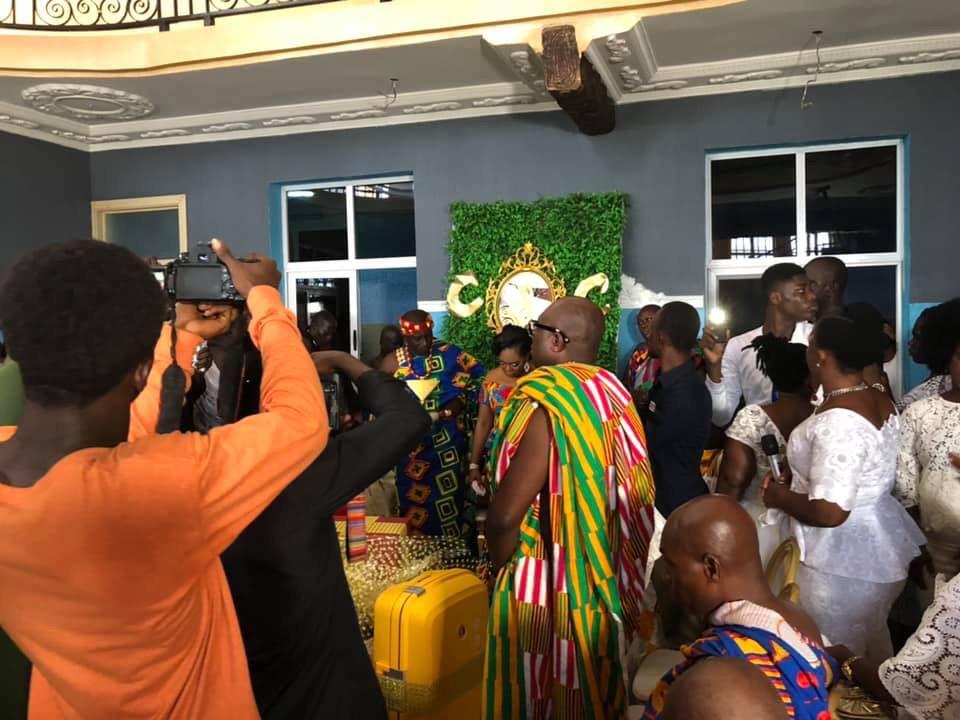 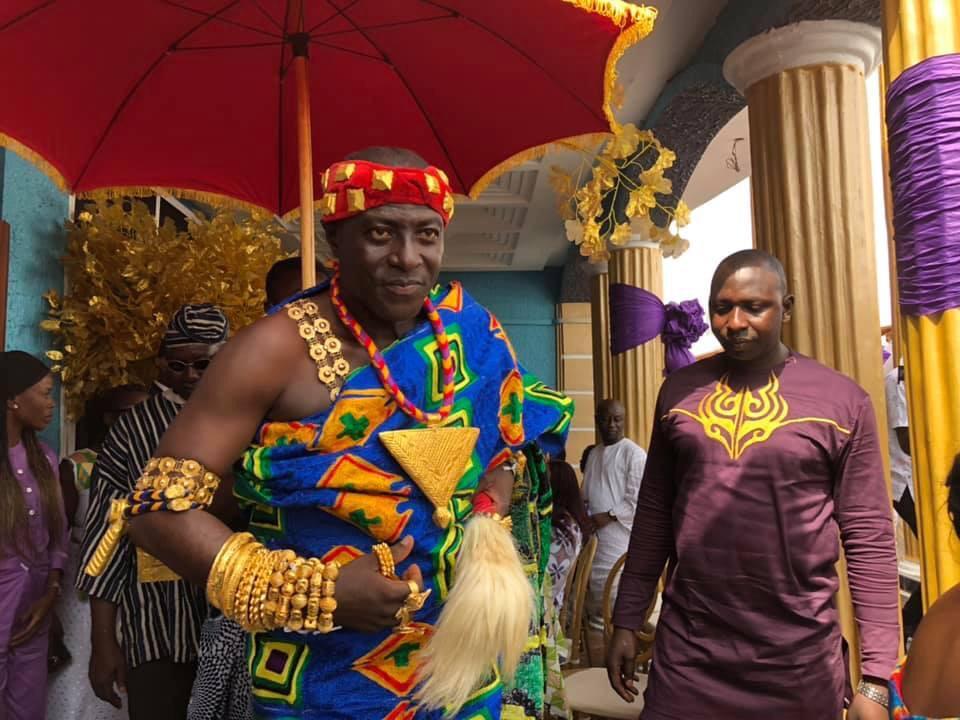 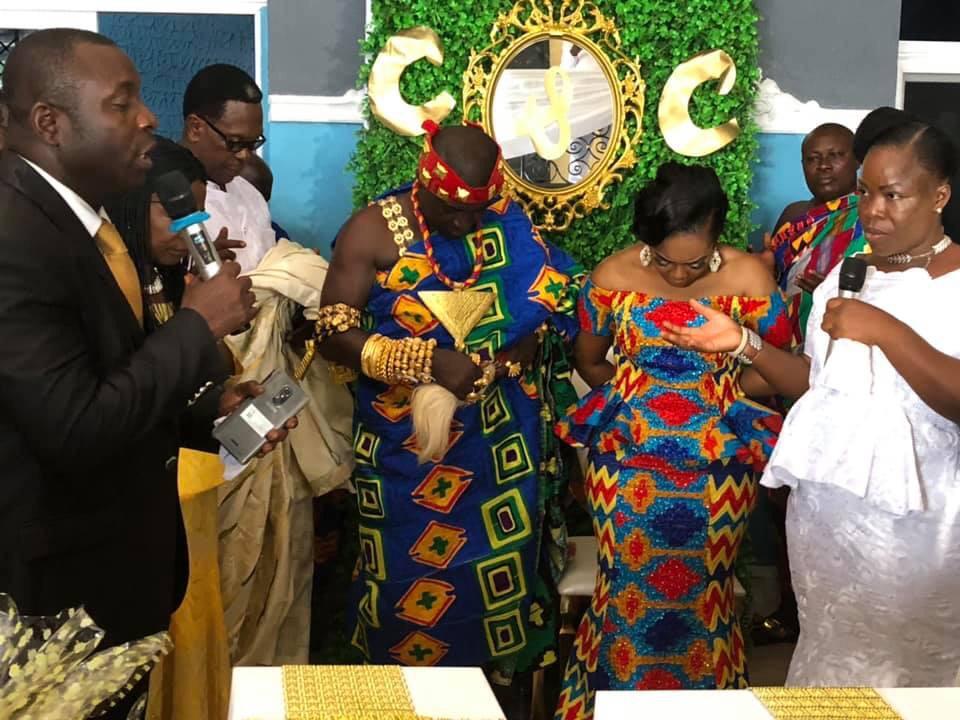