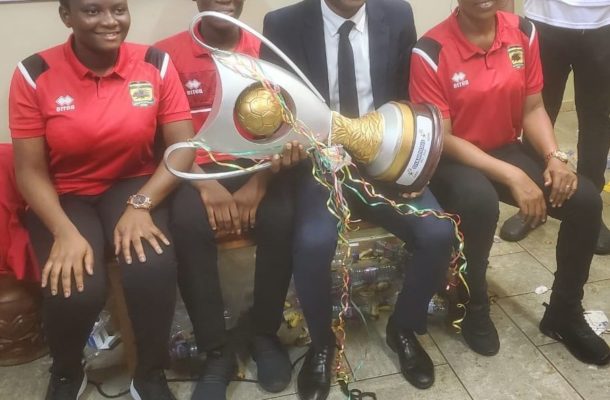 Asante Kotoko may have won their 25th Ghana Premier League title on Sunday after handing Elmina Sharks a 3-0 defeat but as they always say that behind every successful man is a woman.

The former UCC lecturer may have giving all the team talks, planning training sessions and tactics among others but the real 'chief of staff' his wife and the supporting cast of two adorable kids were at the Baba Yara Stadium when their father, husband won his first major trophy in club football.

The learned academician took over the Kotoko hot seat ahead of the 2021/2022 season after departing academy side WAFA.

A lot was said about his experience in managing a big club of the stature of Asante Kotoko but with the support of the management and wily scouting of talented youngsters from the  lower leagues and the dedication of his players they managed to win the league title for the 25th time.

He joins an exclusive class of Kotoko coaches in recent memory to have won the league title in their  first season with the  likes of Golden boy Abdul Razak, Bashir Hayford coming to mind. 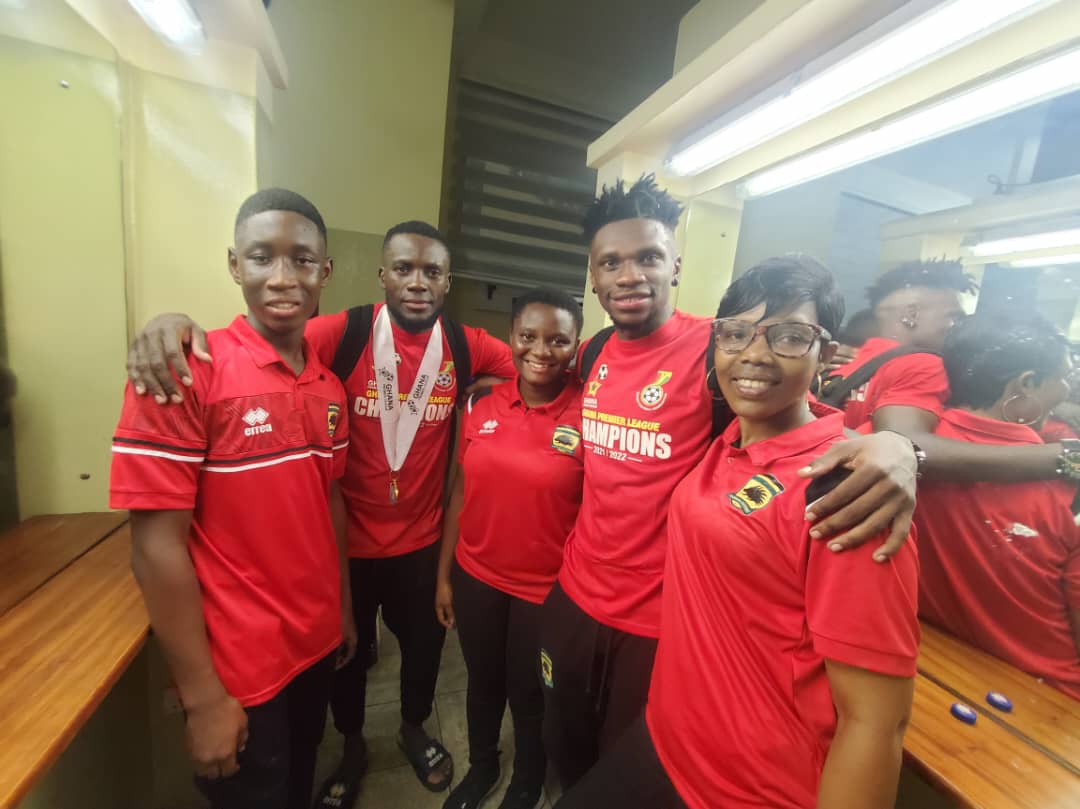 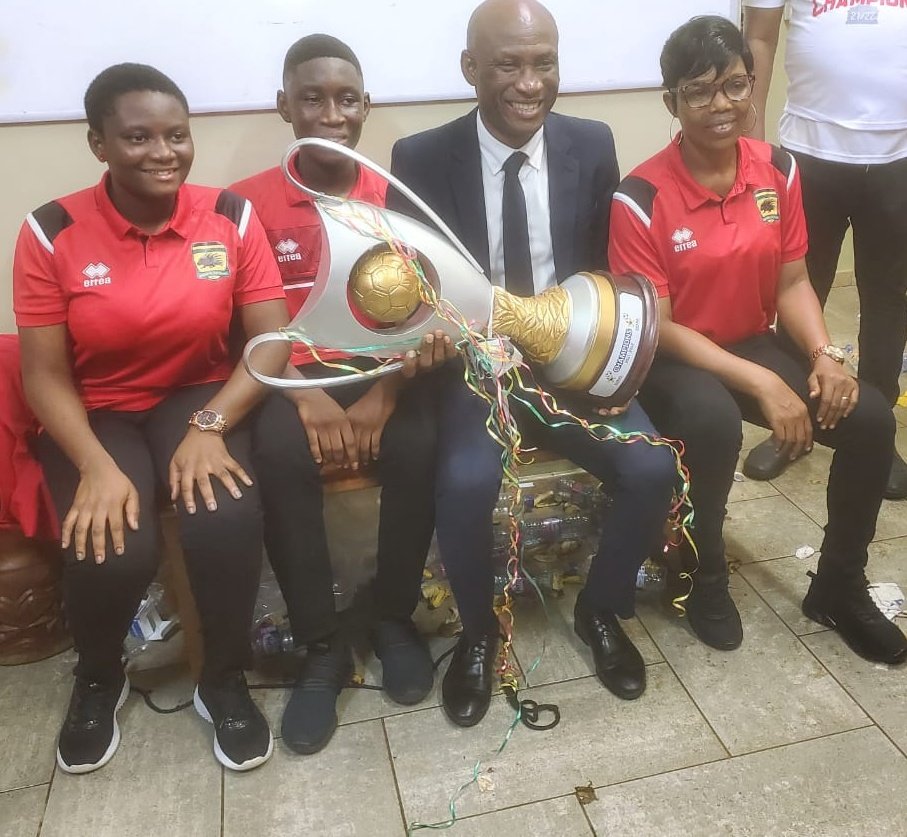 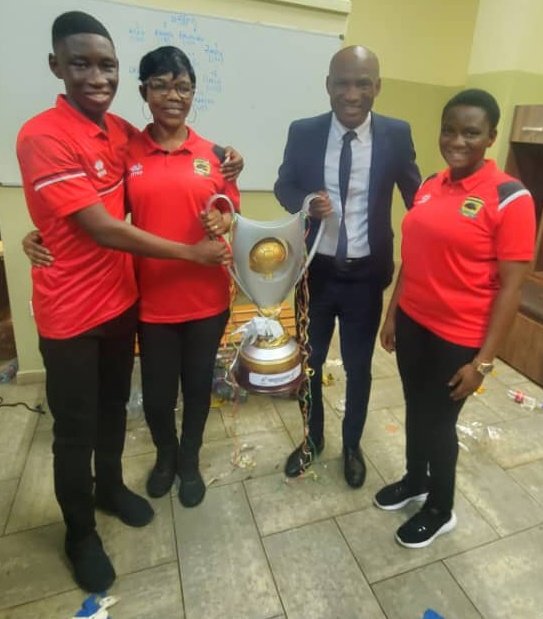