Dolores & Trent Winstead were married for nearly 64 years. Brought together by fate, the Tennessee couple couldn't stand to be apart.


Trent, 88, was first admitted to a Nashville, Tennessee hospital on December 5 with kidney failure. His wife Dolores, 83, accompanied him to the hospital but suffered a fatal brain hemorrhage while there. 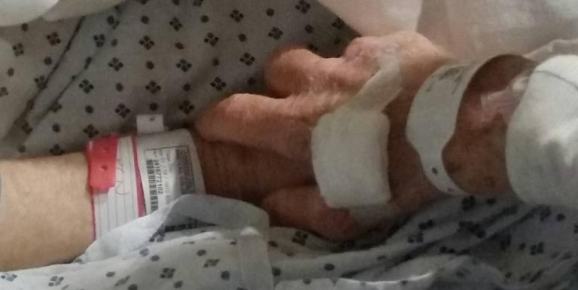 "Trent died of a broken heart" hours after his wife died, his daughter Sheryl told the Washington Post.

"Christmas used to be both of their favorite time of the year," their son, Eddie Winstead, told WKRN.

Trent and Dolores met back in the 50s in Dickson County, Tennessee, shortly before Trent left to serve in the Korean War and they wrote long letters to each other throughout his service. Trent proposed to Dolores almost immediately after returning and together they had two children, three grandchildren, and eight great-grandchildren. 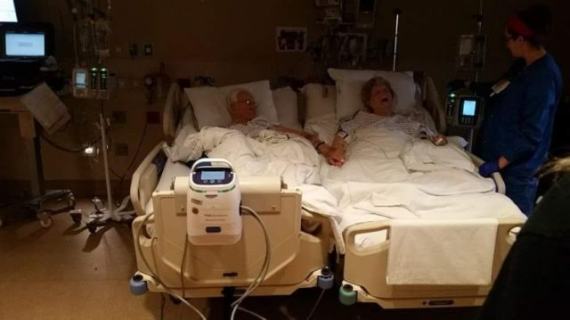 "In order to not get a no, I guess, he waits until she's brushing her teeth to ask her to marry him," Winstead said.

The two made a perfect pair, with quiet Dolores stocking her shelves with countless cookbooks and the ever-outgoing Trent, spending days on the lake and months serving in Korea.

"They were opposites from each other, and I think that's what made them click," said Sheryl Winstead.

The two spent their golden years, in West Nashville until a few weeks back, went Trent fell ill.

"They said that his kidneys were failing, and they needed to get him stabilized," their son said. Dolores stood by his side as long as she could at the hospital.

"She starts having a really bad headache. She was having a brain aneurysm," their son said. "Both of them ended up in the same hospital room. From that point, she lasted about two days."

According to WKRN, Dolores was placed in a separate hospital room from her husband when she required a ventilator to keep breathing after the hemorrhage. The separation made Trent too anxious, so hospital staff broke protocol and eventually rolled her into his room so they could be together as her condition worsened.

The 63-year marriage finished weeks before anniversary 64. Eddie was tasked with breaking the news to his dad.

"I had to lean down next to him, and just kind of tell him, 'Dad, Mom has passed,'" he said. "It's kind of like his whole spirit, just changed. I told him, I said, 'Dad, if you want to go be with Mom, that's quite alright with Sheryl and I.'"

Trent would join Dolores hours later. The two who were married for decades were apart less than a day.

"A real life love story, come together right there at the end. It blows me away when I think of it," their son said.

For the Winsteads, Christmas this year will be a somber celebration. Poring through old photos, telling well-worn stories, and remembering a marriage, that will last long beyond the winter.

"It's like God made their travel arrangements and they went together, it's just really sweet," Sheryl Winstead said.

The family held a joint funeral for the Winsteads on December 16: her casket pink, his blue.
Source: WKRN/Washington Post/ABC