PHOTOS: Dr Okoe Boye embarks on a thank-you tour in his constituency despite defeat 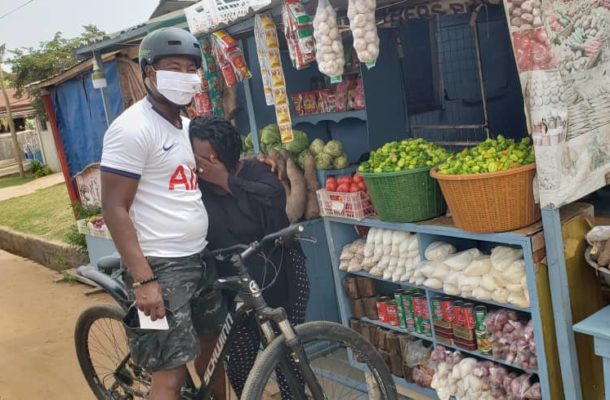 Incumbent Member of Parliament(MP) for the Ledzokuku Constituency, Dr. Bernard Okoe Boye who lost the December 7 Parliamentary elections to the NDC's Benjamin Ayiku Narteh has embarked on a thank-you tour in his constituency for the support afforded him the last four years whiles he was their MP.

The affable Deputy Health Minister on Boxing Day 26th December,2020, engaged people of his Constituency on his usual bicycle and had interactions with traders, Taxi drivers, commuters at Taxi ranks among others.

He says he is thankful to members of his Constituency for their outstanding support shown him the past four years and wanted to express it in person to them.

“I spent boxing day interacting with my constituents, from taxi drivers to traders and kids as well. Took the opportunity to thank them for their support and appreciated all for endorsing four more years of this government.”

He recounted “I showed gratitude as well for the cooperation experienced in the past four years.
When The Battle is the Lord’s, the outcome is Victory whether it goes Left or Right; For only He, knows the end from the beginning. Season’s blessings I wish you”.

The Ledzokuku Constituency is famous for handing MP's one term no matter what you do for them.