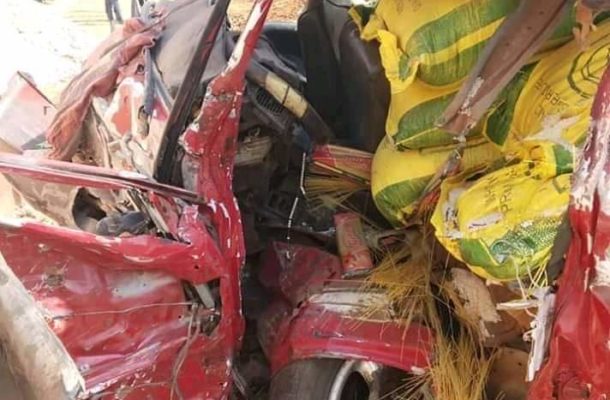 A driver has been confirmed dead after he bumped into a building at Klefe Dome in the Ho Municipality of the Volta Region.

Two other persons who were on board the Toyota Hiace with registration number WR 1378-10, sustained various degrees of injuries and have since been rushed to Ho for medical attention.

Report says the mini bus was fully loaded with 50kg sacks of rice and spaghetti.

According to an eyewitness, the driver on reaching a sharp curve lost control of the steer and diverted to a section of the road where the Klefe-Ziavi road project is ongoing and rammed into a building killing the driver instantly.

According to Still Confidence, a community reporter, the Police immediately rushed to the accident scene to pick the dead body for examination and preservation.

Below are shots from the crash: 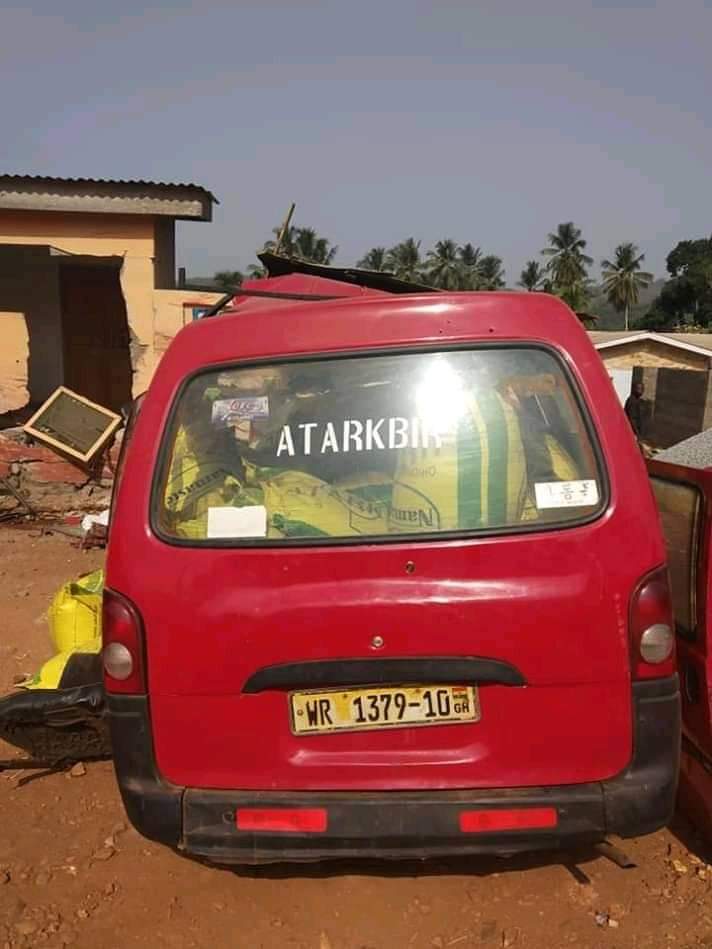 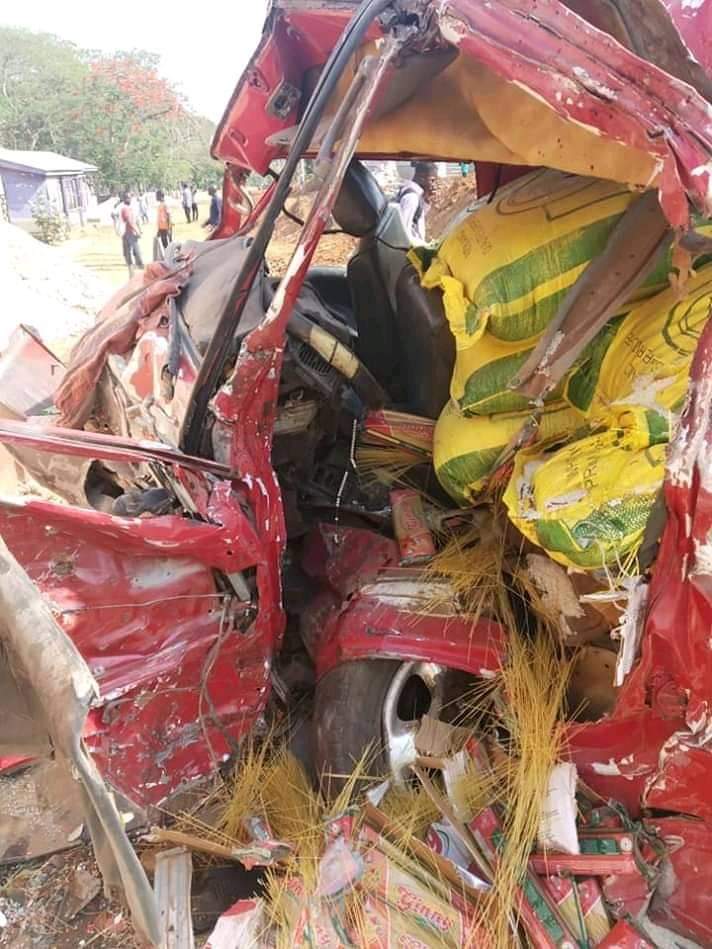 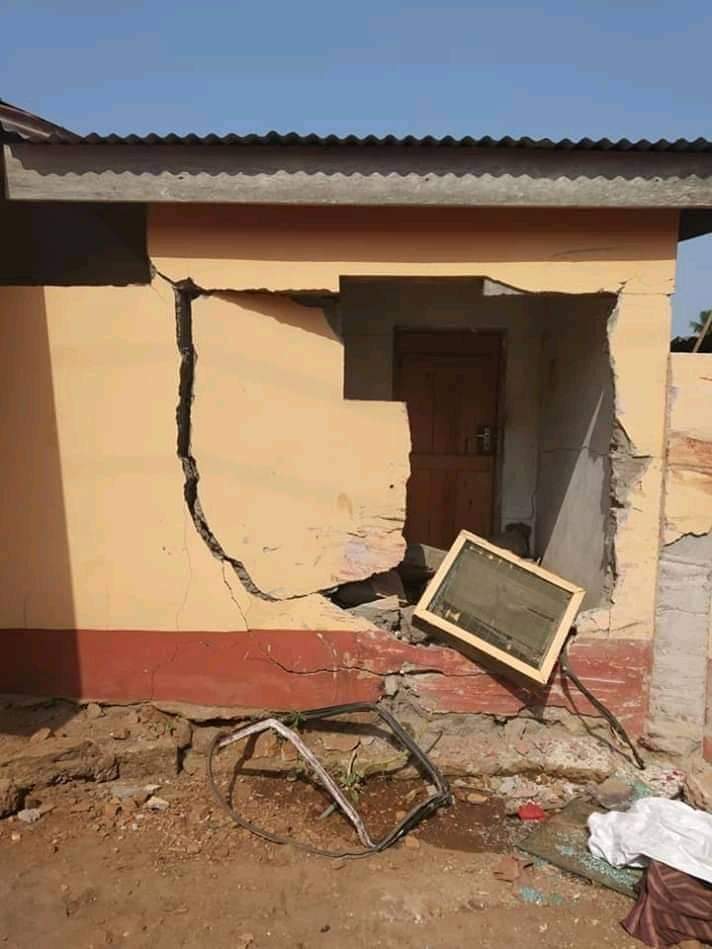 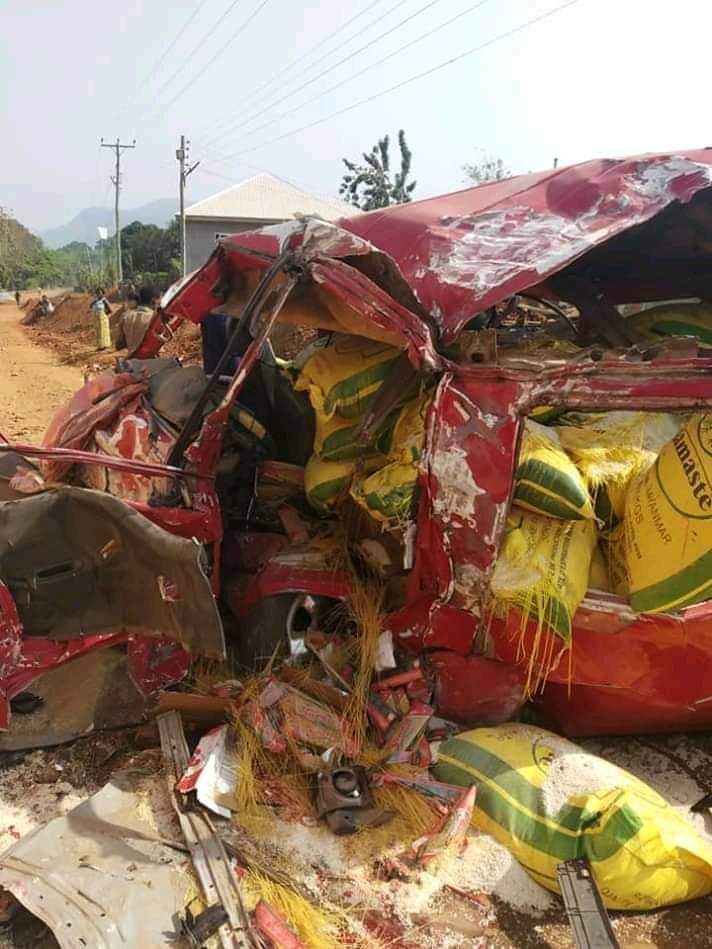 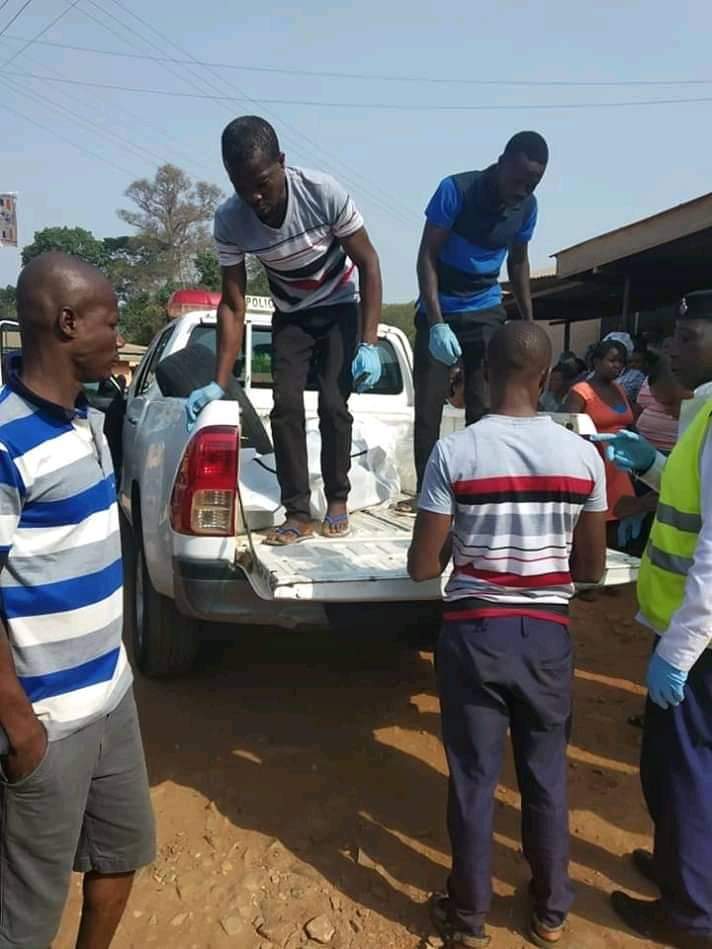 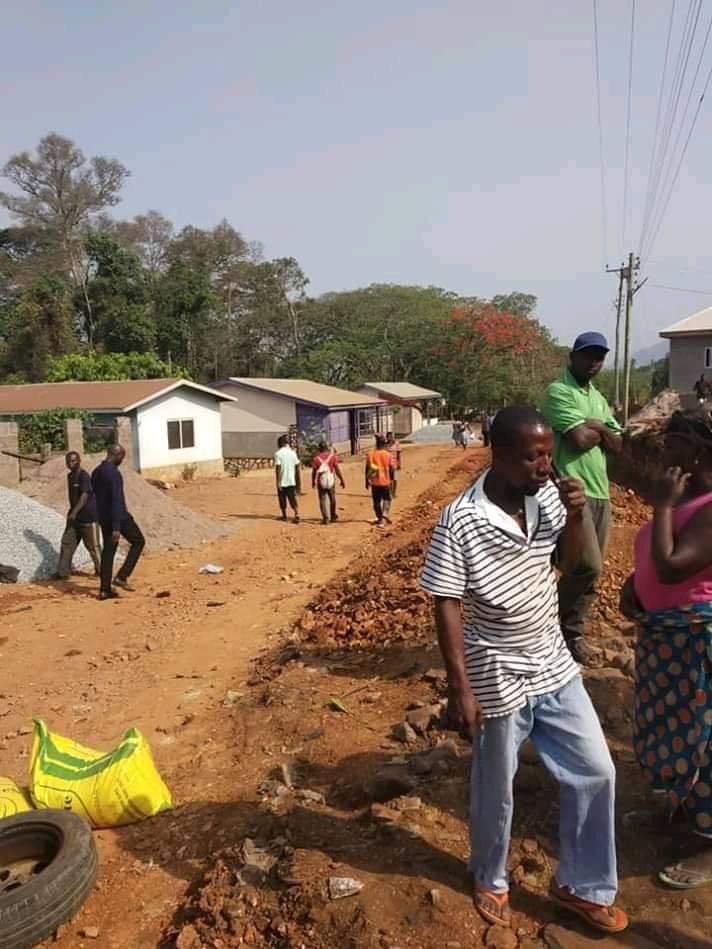