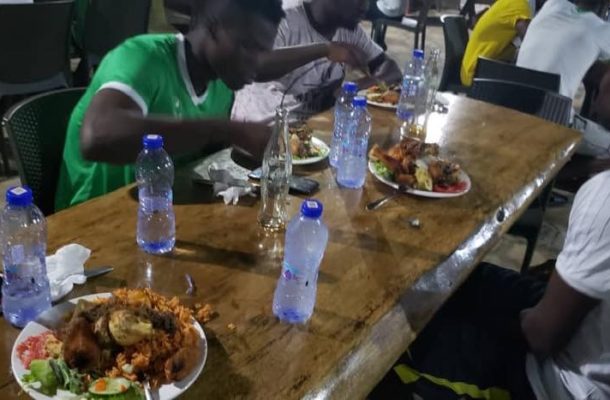 The technical team and playing body of Ghanaian top flight side Elmina Sharks Football club on Friday night were given a special treat by club President Dr.Papa Kwesi Nduom.

The treat was in the form a special dinner at the Coconut Grove Regency Hotel in Accra.

The aim of the special dinner was to show appreciation to the players and Technical team of Sharks for their glittering performances in the ongoing Ghana Premier League campaign.

The Elmina based side picked recorded two wins in the two games they played last week- An impressive 2-1 win against Medeama at the Akoon Park last Sunday flowed by a vital 1-0 home win against regional rivals Ebusua Dwarfs in midweek.

Elmina Sharks' next game come in the form a Round of 64 MTN FA Cup tie against Swedru All Blacks on Saturday at the UniStar Academy Park in Kasoa.