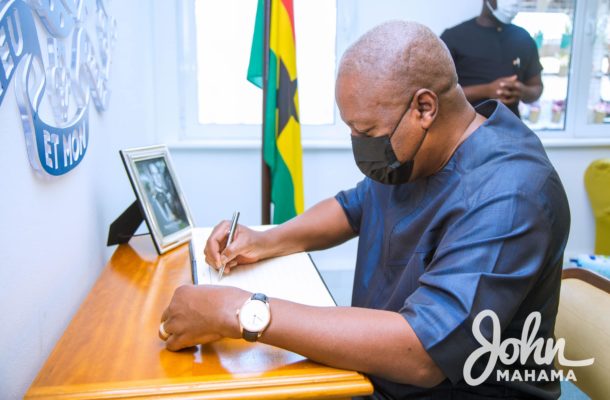 Former President John Dramani Mahama has signed the book of condolence, opened in memory of the late Duke of Edinburgh, Prince Philip.

The book was opened at the British High Commission in Accra.

Many world leaders and influential individual have since paid tribute to him.

Mr. Mahama after signing took to Facebook to eulogise the late Duke of Edinburgh.

He said the passing of such a renowned personality has left a vacuum for many in the world to fill.

“He lived a long and fulfilling life during which he touched the lives of many across the World, especially young people” he wrote on Facebook.

He also commiserated with Queen Elizabeth II and the royal family for their loss.

“May his gentle soul find peaceful repose,” he communicated in a post of social media.


The former Duke of Edinburgh, Prince Philip who was married to Queen Elizabeth II, passed away on April 9, aged 99.