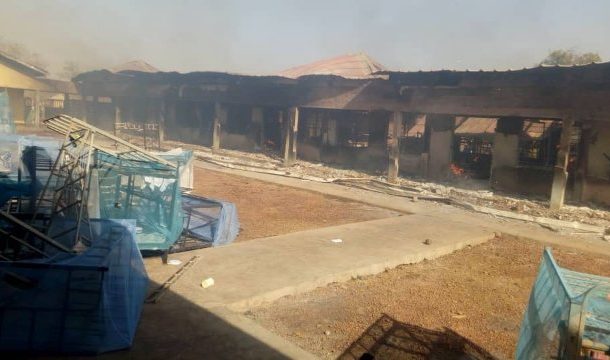 Portions of the girls' dormitory of the Buipe Senior High School in the Northern region has been gutted by fire.

None of the students sustain any injury.

The fire was reported to have started in the early hours of Monday and has damaged portions running into thousands of cedis.

Authorities say some of the students could have salvaged some of their property but the fire could not be controlled in time because of a delay.

They attribute it to the breakdown of the fire tender in the community.

But the Northern Regional Commander of the Fire Service said fire tenders were dispatched immediately they were alerted of the fire.

The cause of the fire is yet to be revealed.