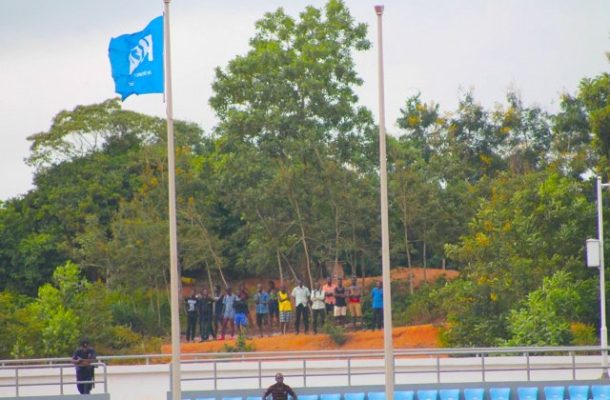 Watch photos of how the Starlets came from a goal down to crash Burkina Faso 5-1 in Cape Coast.

All was set for kick-off Paa Kwesi Fabin named his best available team.

Ghana were bright in the opening exchanges but were given a hammer blow when the Burkinabes put the ball beyond the young goalie.. Ghana 0-1 Burkina Faso

Paa Kwesi did not have this in his scripts but he had to get his young boys organised. There was enough time to get a favourable results.Oh yes!!  Ghana's persistence paid off and they pulled level

The young man was on cloud nine, but a member of the backroom staff was quick to tell him there was more work to be done." Move, quickly, let us go for the restart and get more goals."

Some 'boys boys' found an alternative way to watch the game.One became two, two became threee, three became four and four became five as the Burkinabes were well hammered. The boys could afford to do a few dance moves now.

Total dejection by the Burkinabes. They did not expect this.

And their coach believes Ghanaians paraded over- aged players..