A 30-year-old mother of two from Kianamu Village in Embu County, Kenya, is nursing serious burns on her thighs and private parts after her husband poured hot water on her.

Catherine Wakere was taken to Siakago Level Four Hospital last Wednesday, two weeks after the attack. Her upper right thigh and her private parts had started developing infections when she was taken to the hospital. 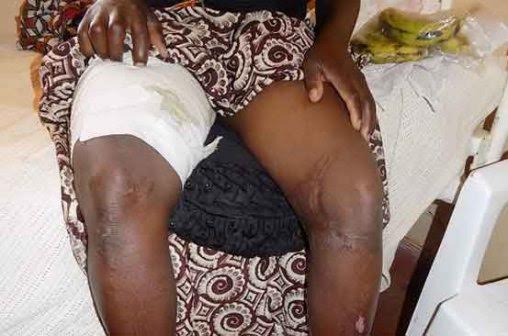 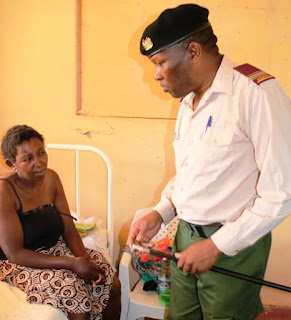 According to the hospital’s Nursing Officer Secinta Nyaga, the woman was only taken to hospital when a neighbour learnt of the cruel assault. Ms Wakere said her husband, Charles Njiru, 36, had without any provocation, poured boiling water on her. Around 11am on that fateful day, she was heating water for him when he suddenly grabbed a bowl, scooped the water and threw it on her thighs and private parts.

"He just scooped water that was boiling and splashed it on my thighs. He had aimed at my private parts, which were partly scalded," she said.

Ms Nyaga said the wound had deteriorated due to the lengthy stay without medication but her condition has since improved.

"Hers is a case of gender violence, which we reported to the police before treating her. The wound was in a very bad state since it appeared to have stayed for two weeks without being treated. If it was a fresh would it would have healed. She is now in a stable condition." she said. 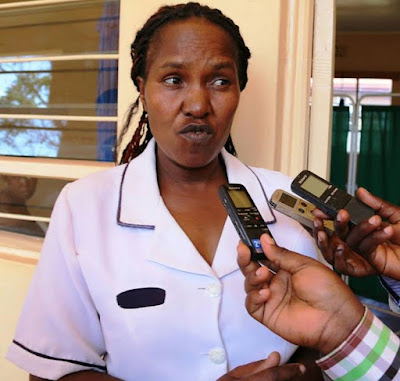 Ms Wakere’s left thigh also bears another scar of a healed burn injury while she has two broken fingers, all said to have been inflicted by the husband. She had also told doctors that her fingers broke when she fell.

The hospital has also alerted the Children's Department to take care of the victim's children, a two-year-old girl and a boy, seven. Her mother, Daisy Muthoni, who is looking after her in hospital, said she was afraid of visiting her daughter’s home due to the cruelty of her husband.

News of the assault caused uproar among women leaders in Embu, with county assembly gender committee chairperson Peninah Mutua calling on police to crack down on perpetrators of gender violence. Mbeere North Assistant County Commissioner, Benjamin Birech said the man has been arrested and will be taken to court once his wife files an official complaint. He said the woman had reported being repeatedly beaten up and sexually harassed by the man.

"We will charge him with causing grievous harm. She says that the man beats her regularly. He is reported to be a habitual user of bhang and miraa," said Mr Birech, adding that the man could have been under the influence of drugs when he poured hot water on his wife."

Dave 5 years ago
That is very attention-grabbing, You are an overly skilled blogger. I have joined your feed and look forward to in quest of extra of your fantastic post. Also, I've shared your web site in my social networks!