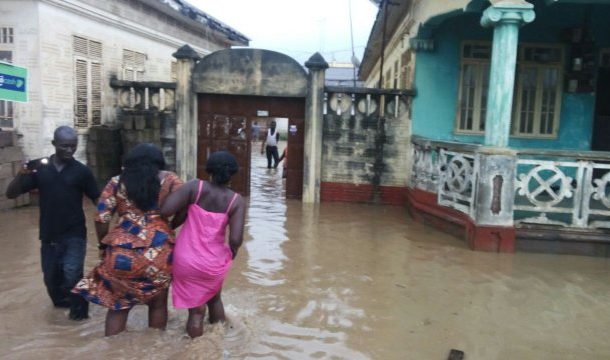 This, according to report has rendered hundred homeless following the flooding.

Adom FM’s Maxwell Kudakor reported most of the displaced residents are putting up with relatives until flood water recedes.

He said properties such as vehicles, television, mattresses, chairs, and fridges - worth thousands of cedis were destroyed in the flood.

A distraught resident in an interview on Adom News said he has lost everything in his room including his certificates.

“I’m confused now because all our properties are gone and I don’t know where to go from here; I have

lost everything in my life” a male resident said.

He called on government to come to their aid.