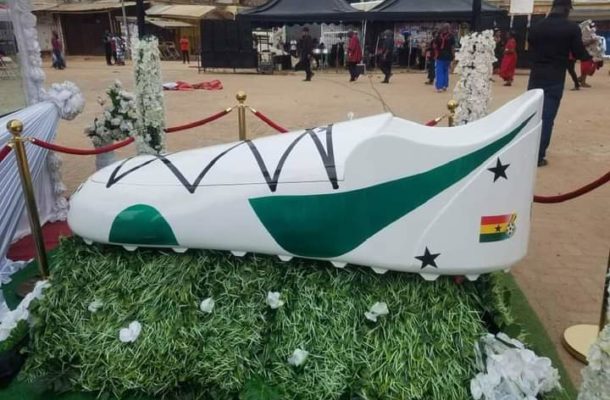 Legendary former Ghana striker Kwasi Owusu goes home today as his final funeral rites is currently being held in Sunyani the capital of the Bono Region.

The former National team captain who died on the 30th March 2020 was laid in-state this morning in Sunyani at Victoria Park Area One.

Kwasi Owusu aged 72  was affectionately called Powerhouse and for a long time was a Black Stars captain of the Black Stars.

The prolific goal poacher was until recently Ghana's all time top-scorer and is the player to have scored the most goals in the domestic league.

Legendary Kofi Owusu captained the Black Stars for more than a decade between the 1960's and 1970's .

He was the country's leading goal scorer with 36 goals a figure he vehemently disputes as he says some of his goals at the time was not documented until Asamoah Gyan scored 51 to surpass him.

Owusu never played for any foreign club but local side Bofoakwa Tano throughout his career.

He rose to fame after his heroics in the 1970 Africa Cup of Nations qualifier against Niger.

The bulky striker affectionately referred to as ‘Powerhouse’ scored nine goals in both ties to hand Ghana qualification.

He captained the team at the 1970 Afcon held in Sudan. 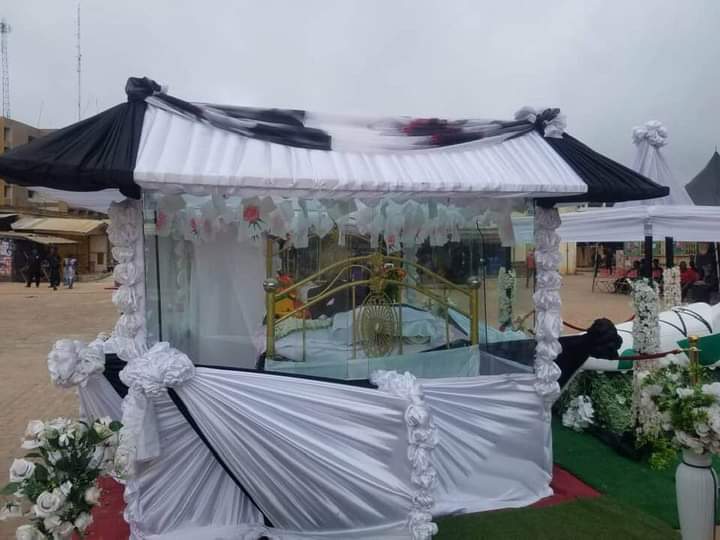 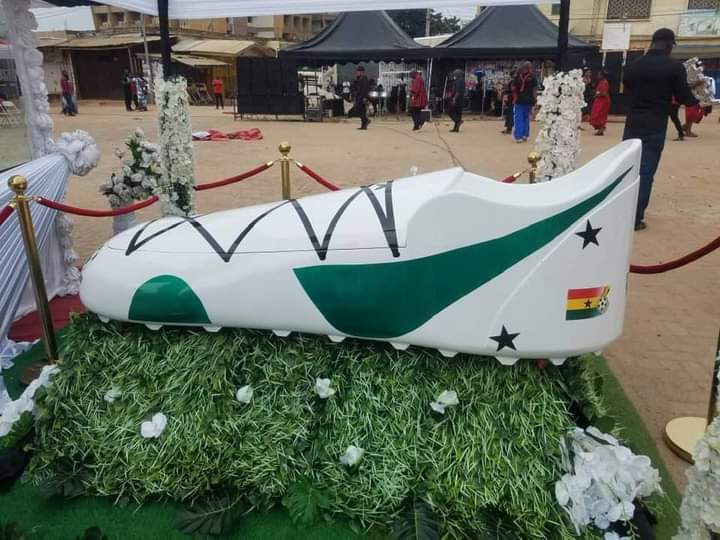 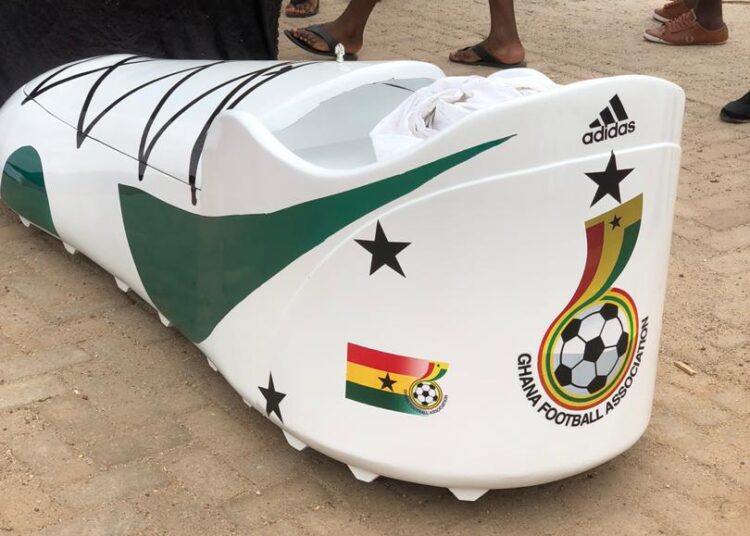