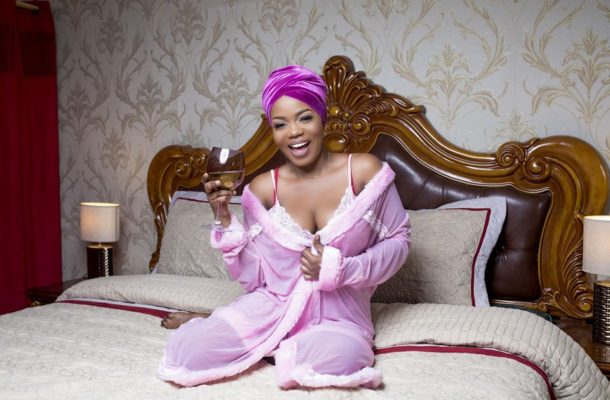 Controversial songstress Mzbel has released some raunchy photos to celebrate her 38th birthday.

Belinda Nana Ekua Amoah who turned 38 on December 26, 2017 released the studio pictures to attract attention and keep her in the spotlight.

The female singer who emerged in Ghanaian music scene as the sexiest female act alive decided to mark this glorious day with new photos in morning coat.

The ‘Sixteen Years’ singer built her career on thrilling performances, controversy and what many Ghanaians described as nudity in dressing.

Check the beautiful photos from Mzbel.