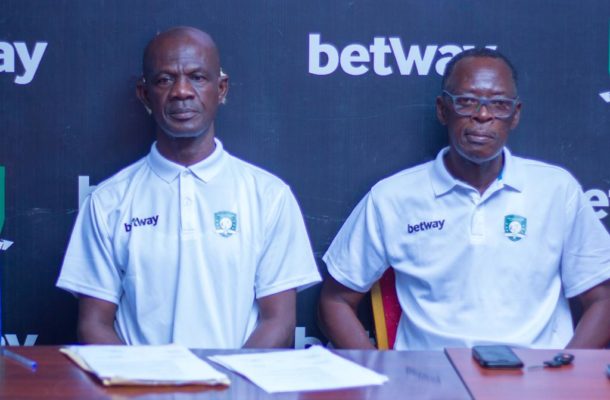 The managerial merry go round on the domestic scene is in full swing as former Accra Hearts of Oak assistant coach Joseph Asare Bediako has officially signed for Aduana Stars.

He replaces former Kotoko and Hearts gaffer Paa Kwasi Fabin who left his role after the expiration of his contract.

Joseph Asare Bediako who joined Hearts of Oak before the start of the season resigned last month after what he perceived as poor treatment from the capital based club.

He was rumoured to be on his way to take over the poisoned chalice job at King Faisal but he has dodged a bullet by agreeing a deal with Aduana Stars.

He has in the past coach Division One side Unity FC and was also coach of Berekum Chelsea and assistant coach for Hearts of Oak briefly. PHOTOS BELOW: 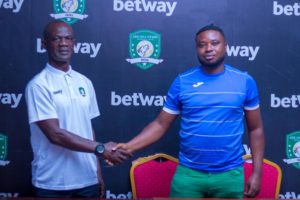 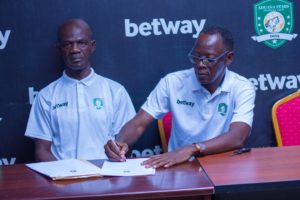 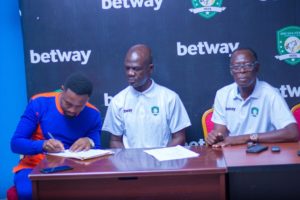 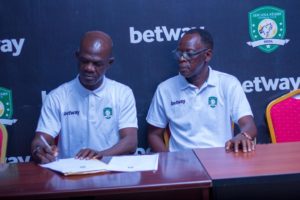 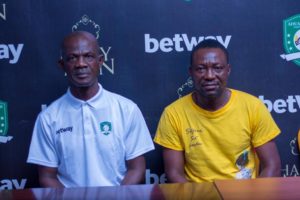 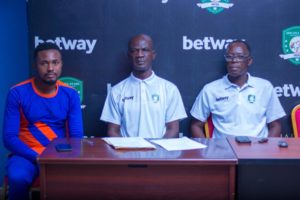 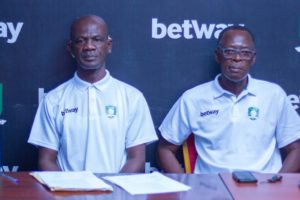 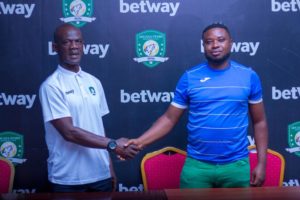