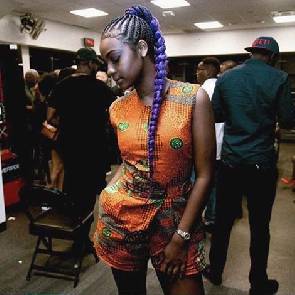 
Nigerian pop sensation Wizkid, 26, who has taken the world by storm this year has reacted to string of rumours that he is dating US singer and model Justine Skye.

During the One Africa Music Fest on Friday, July 22, 2016 at Barclays Centre in New York, the rumours of Wizkid and Justin Skye dating intensified once again. According to music industry sources the pair are now in a romantic relationship. The news of Wizkid supposedly dating the American singer quickly became a hot topic on Twitter. The Star Boy act has now reacted to the stories of him being in a relationship with Justine Skye.

Yesterday (July 25, 2016) Wizkid shared a photo of him and Justine Skye and simply captioned it "No questions!"

Prior to being romantically attached to Justine Skye, Wizkid was in an on and off relationship with Tania Omotayo from 2012 to 2015. In January 2016, Wizkid announced via a press release that he was no longer dating Tania Omotayo after the news was leaked that the former EME singer had allegedly fathered a baby with a US based woman by name Binta Diamond Diallo. Wizkid has denied he fathered her child.