PHOTOS: Over 15 persons, including SHS students in critical condition after gory accident 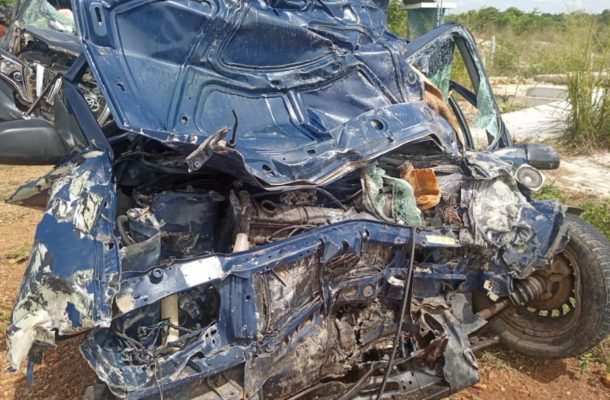 Many have been left seriously injured after an accident involving three cars at Gomoa Okyereko Junction on the Kasoa-Winneba Highway. 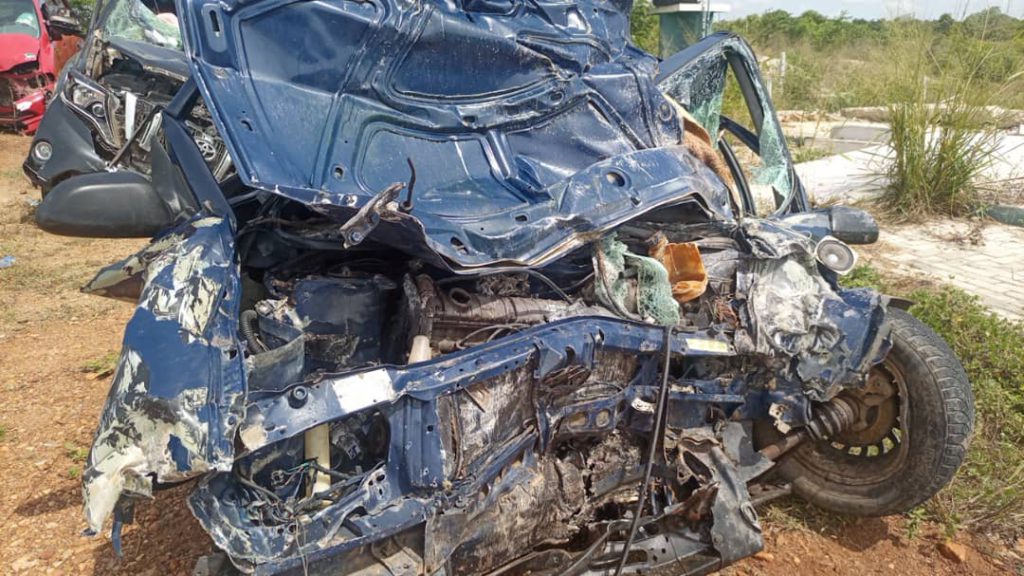 
In an interview with Adom News, a witness, Caezer Clement, said one of the vehicles made a wrongful overtaking and rammed into the cars travelling in opposite direction.

The Toyota commercial car is said to have somersaulted and the rescue team had to turn the car before rescuing the trapped victims. 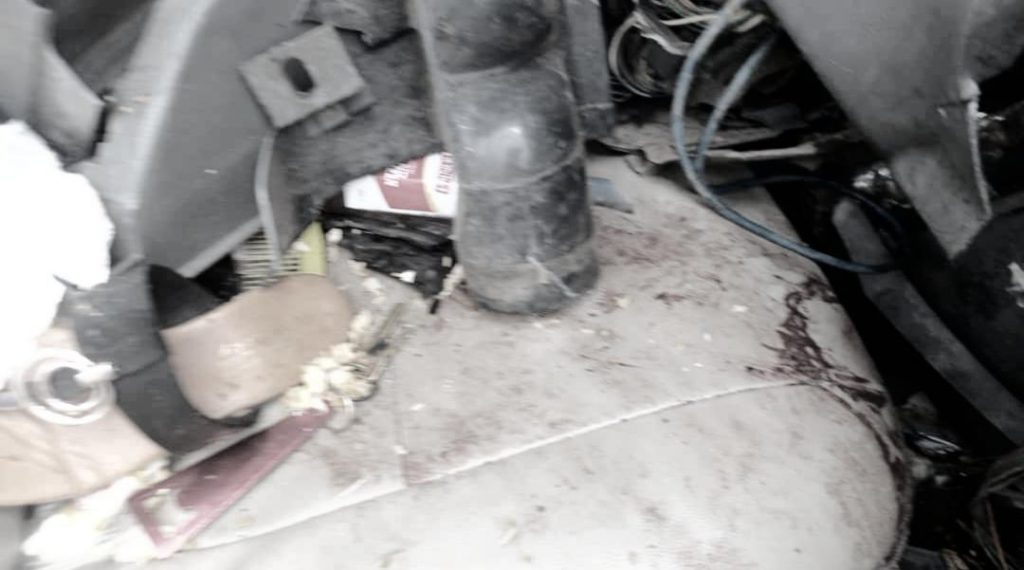 According to reports, SHS students, their parents and over 10 more persons are said to be in critical condition.

All injured persons have been transported to the Winneba Trauma and Specialist Hospital where they are said to be responding to treatment. 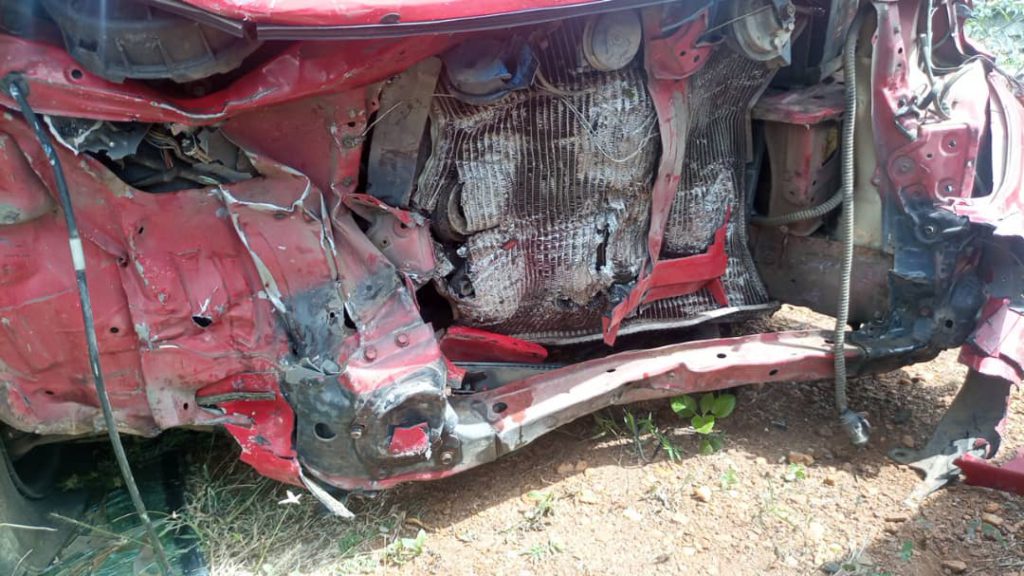 A car salvaged after accident at Kasoa

No death has been recorded.

DSP Fofie diagnosed that had all drivers been traveling in their lane, the early morning bloody clash could have been averted. 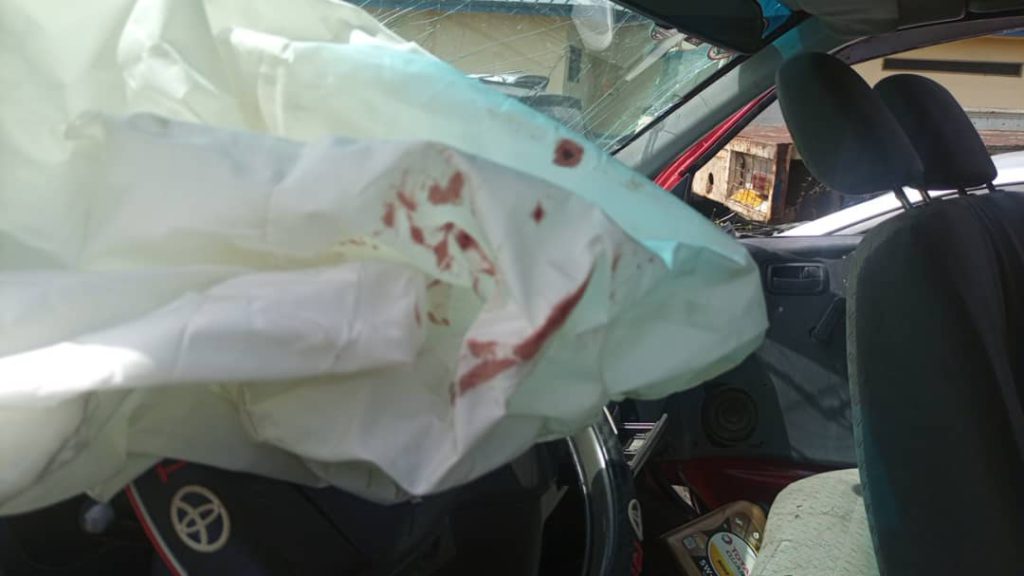