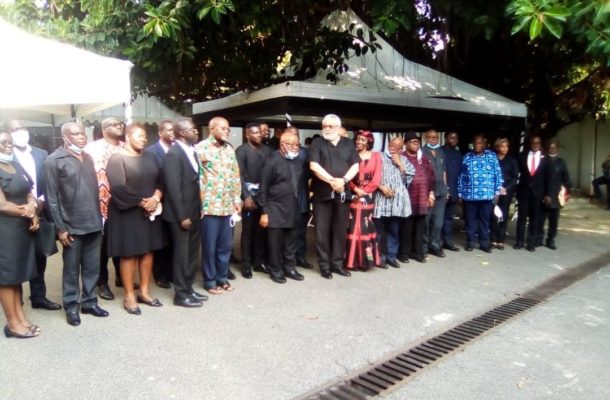 This follows the demise of his mother, Madam Victoria Agbotui on Thursday, September 24, 2020, aged 101.


The speaker during the visit extended his heartfelt condolences to the Rawlings’ family and assured him of the House’ support during the final funeral rites.
Majority leader of Parliament, Osei Kyei Mensah Bonsu on his part called on the ex-president to remain firm during these difficult moments.
Member of Parliament for Wa West, Joseph Yileh Chireh who represented the Minority leader also urged the family to be strong in this moment of grieving.
Meanwhile, Chairman of the funeral planning Committee, Dan Abodakpi said Madam Victoria Agbotui’s final funeral rites will be held on October 24, 2020.
Mr Abodakpi added that, the body of will be taken to Dzelukope in Keta for the final internment after a funeral service at the State House.