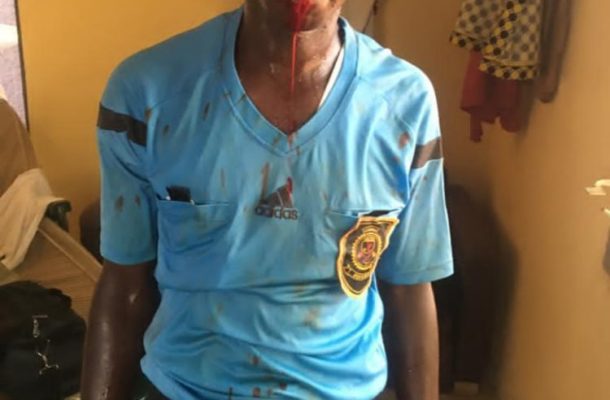 Supporters of lower tier side Wanna go Mighty Royals attacked and assaulted match officials who handled their game against in form Bofoakwa Tano on Sunday afternoon.

The match day 14 fixture involving the two sides ended goalless as neither side could find the back of the net at the Wamanafo Park.

Although matches are supposed to be played behind closed doors the park was filled with supporters of Mighty Royals who swammed the match officials immediately after the final whistle and inflicted pain on them with anything they could lay hands on.

The referees who were beaten include Niatire Suntuo Aziz, Suleman Mohammed and Yakubu Abdul Rahman

With the fourth referee being Hasim Yakubu.

Hooliganism in the national division one league is nothing new as already Nsoatreman Fc while other centres have also been banned for assault on referees.

The Ghana Football Association is expected to act swiftly by banning the venue and the club in question with some heavy punishment.

Below are some of the horrifying images: 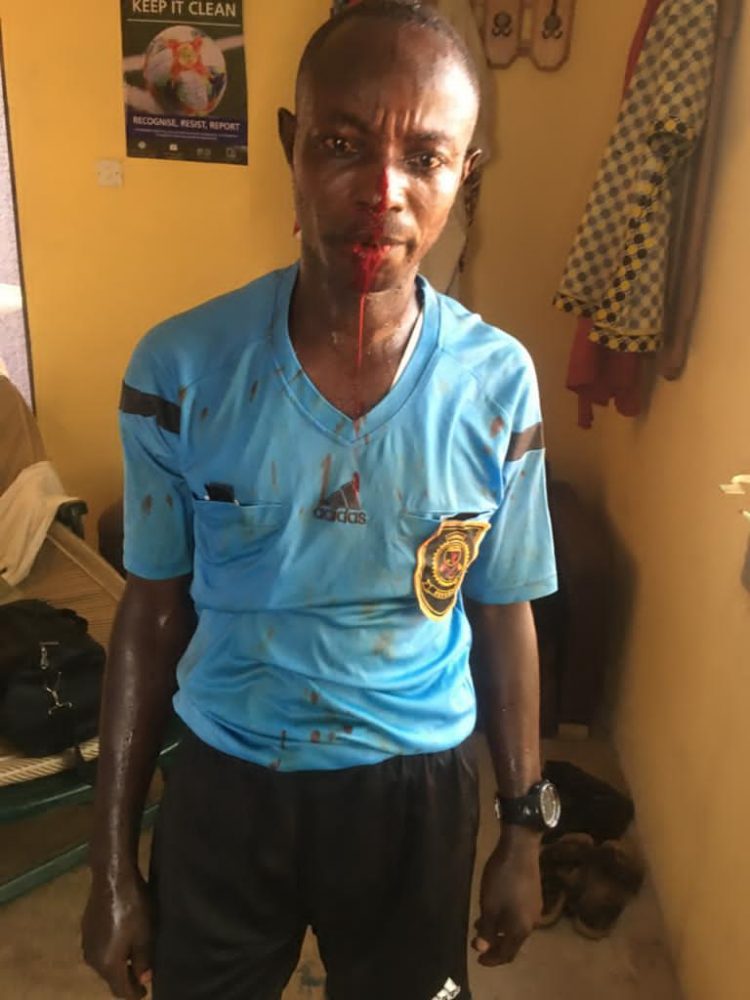 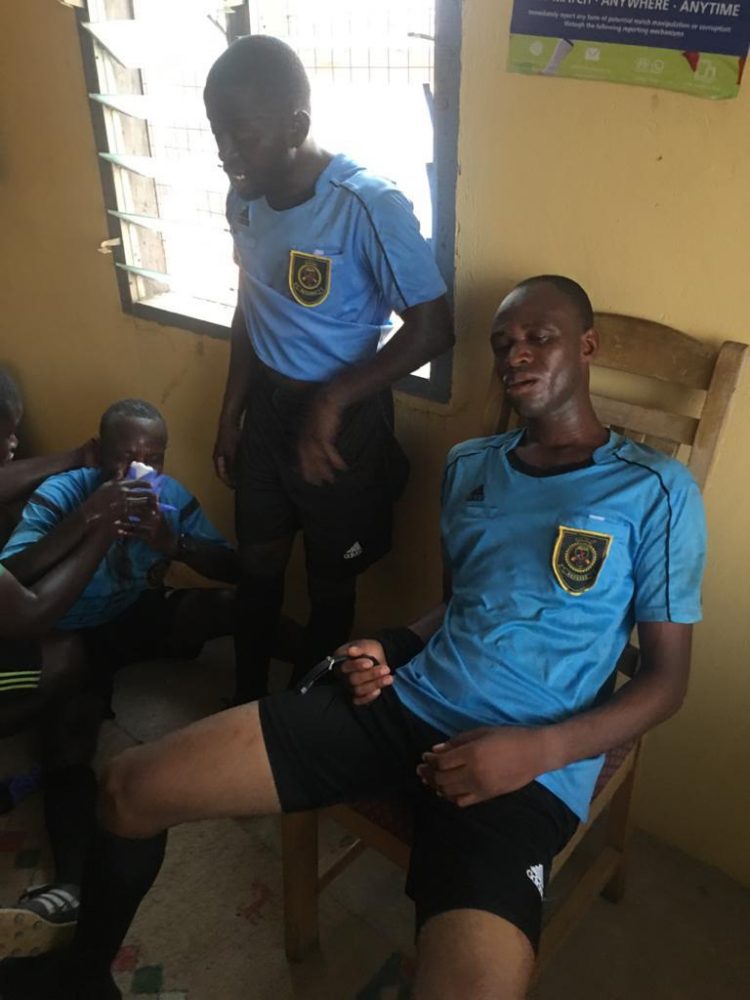 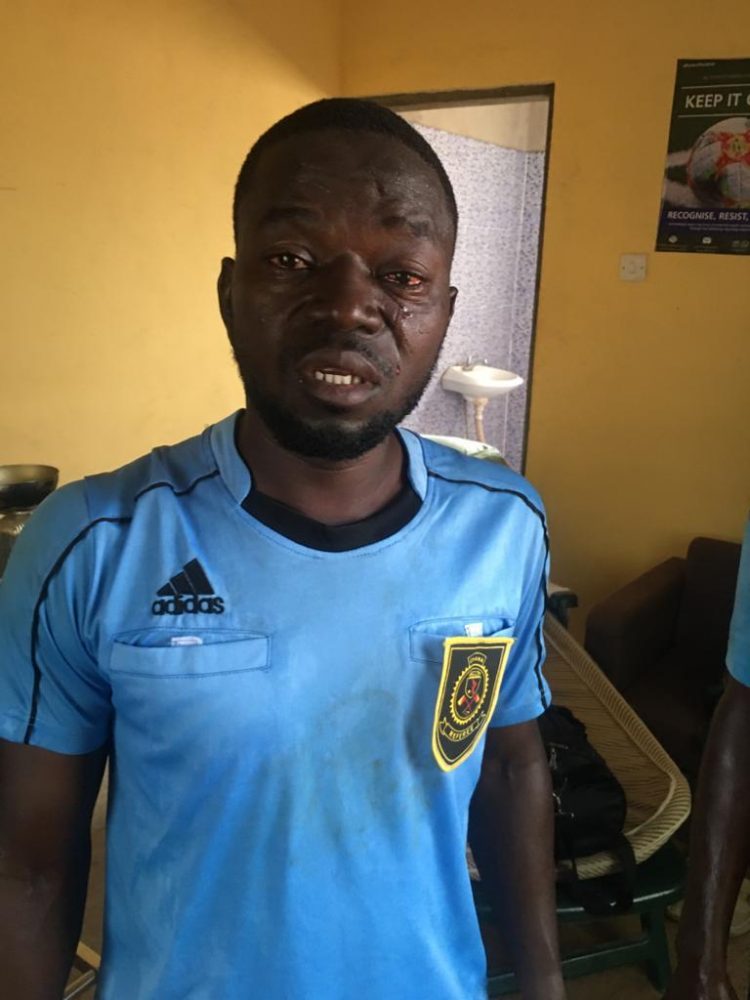 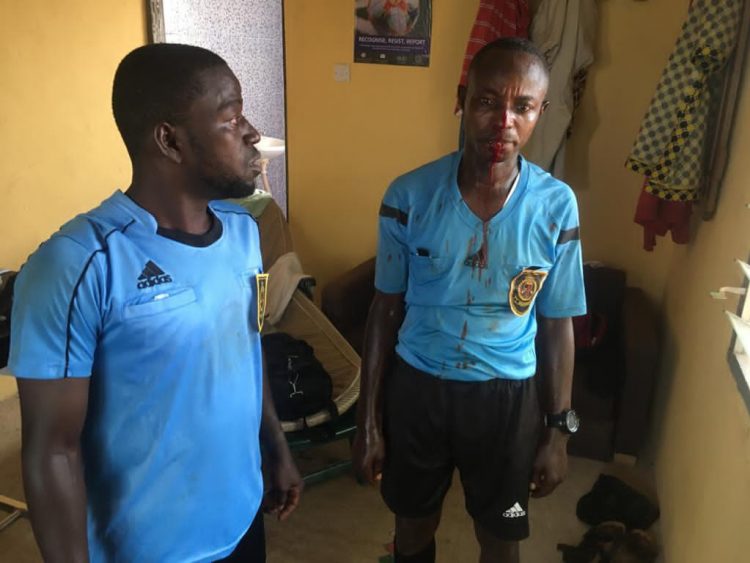